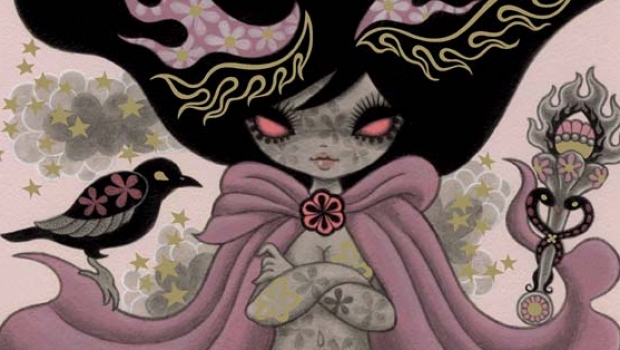 The witching hour is upon us! On June 6, Titan Comics are excited to share with you a brand-new fully-illustrated, devilishly dark fantasy tale from world-renowned visual artist Junko Mizuno (Pure Trance, Hell Babies).

Ravina the Witch? (HC, FC, 48pp, $24.99) is a gothic modern fairy-tale inspired by folk legends and the work of the Brothers Grimm & Han Christian Andersen! This beautifully illustrated tome is perfect for fans of Emily the Strange, Lenore, and the worlds of Tim Burton and Becky Cloonan.

Check out a video of the book here

To support the launch of this beautiful new graphic novel, ​there’s a Ravina the Witch? exhibition at Gallery Nucleus, Los Angeles, US on August 5, 2017, and a meet and greet event at Kinokuniya in San Francisco on Saturday, June 10 at 2pm PST.

Once upon a time, on the coast of a tiny European country, there was an enormous cloud of toxic fumes. In this cloud lived a young girl named Ravina. And she is about to be unleashed on the human world!

A bewitching and beautiful tale of an orphan girl who was raised by crows in a trash heap. One day, a dying witch gifts her with a mysterious magic wand and her life changes forever! Now, the human world is hers to play with… Or will this land of fear and corruption prove too much for the fledgling witch? In a time of witch hunts, Ravina must have her wits about her!

Soon to be the subject of a highly-anticipated art exhibition in Los Angeles! 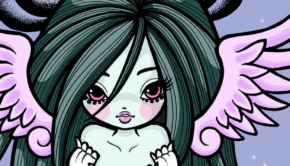 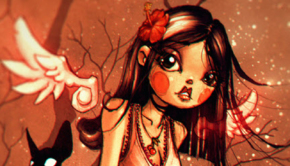