C4S with a preview to Preview: Red Sonja #10 – Comics for Sinners
Previews 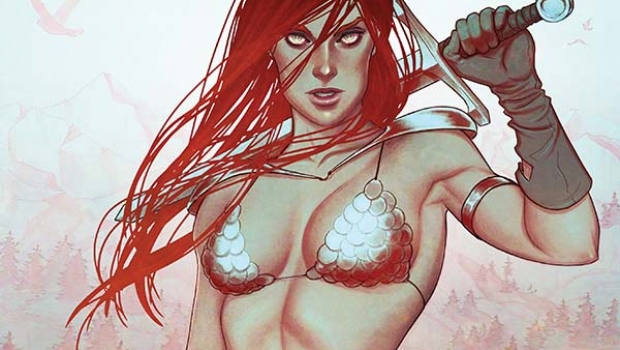 To save the lives of hundreds of people she’s never even met, the She-Devil is forced to face the world’s deadliest swordsman, the only man whose skill with a blade threatens to dwarf Red Sonja’s own!

The acclaimed run by writer Gail Simone and artist Walter Geovani kicks into even higher gear in this epic duel of blood and steel!