C4S with a preview to Preview: Red Sonja #16 – Comics for Sinners
Previews 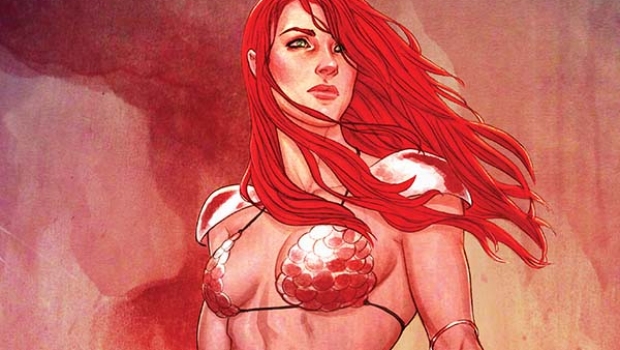 From the acclaimed creative team of Gail Simone and Walter Geovanni, the final chapter in the epic “Forgiving of Monsters” saga finds the She-Devil with a Sword besieged from every side.

A parasitic infestation, an intensely personal grudge, an imperiled Astronomer, and an entire kingdom on the verge of homicidal fury have all led to a showdown so bloody and explosive, it surely lives up to — or even exceeds — the Red Sonja series’ reputation of swords-and-sorcery excellence!