C4S with a preview to Preview: Red Sonja #6 – Comics for Sinners
Previews 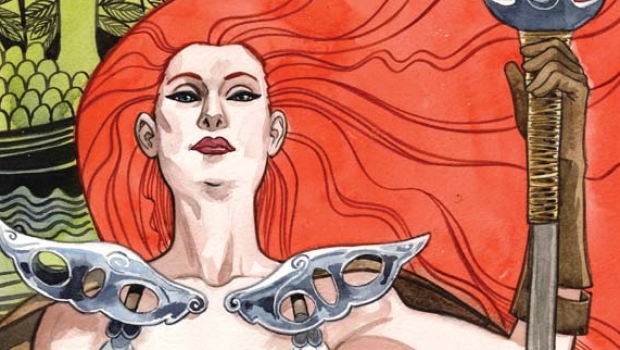 Dynamite Entertainment has provided C4S with a preview to Red Sonja #6, coming to stores December 18, 2013.

The culmination to the bloody WAR of VENGEANCE waged between two former sisters of the sword, DARK ANNISIA and RED SONJA! Annisia has done something no other god nor demon has been able to do, force Sonja to her knees in surrender. But Sonja returns, a changed woman, and she has a mighty SCORE to settle!

The climax to the entire QUEEN OF PLAGUES saga is here!