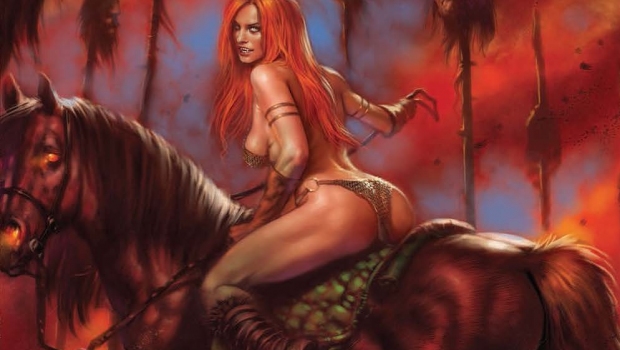 Seduced by promises of riches, The She-Devil with a Sword journeys far and wide across the lands of Hyboria, where she must face her greatest threats yet. From the rigid honor codes, zealous arriors, and ancient creatures of limitless powers of Khitai, to the dark lairs of madness and despair in the asylums of Turan, the redheaded swordswoman of Hyrkania has her work cut out for her before she can return to her home. Though, who waits for her in the land of ancestors waiting for her arrival? None other than the legendary lord of bloodsuckers himself: Dracula. Old debts are paid, friendships are reformed, and the skies ring with the lament of Sonja’s foes.