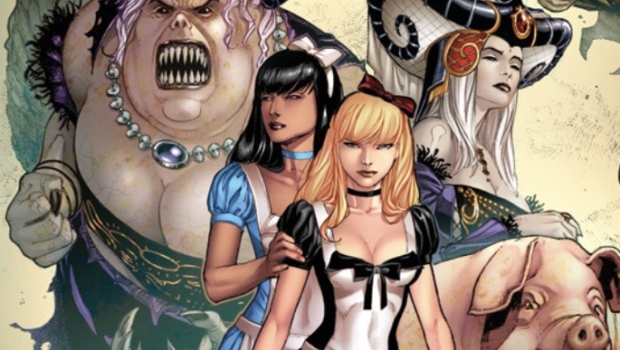 Zenescope Entertainment has provided C4S with a preview to Revenge Of Wonderland #6, in stores 2 Jan, 2019.

It’s the battle we’ve all been waiting for, Callie Liddle versus The Dutchess of Wonderland. With the life of Calie’s daughter, Violet, hanging in the balance, only one of them will make it out alive. With so many unanswered questions, don’t miss the climactic ending to the most twisted Wonderland series yet.