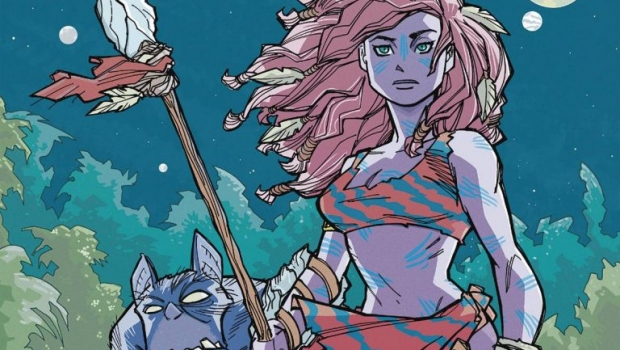 A collection of the Dark Horse Presents story, Kyrra: Alien Jungle Girl by Rich Woodall and Craig Rousseau is being published and C4S thought it needed some extra attention, before it comes out June 7, 2017!

Bleeding Cool spotted it even way earlier saying “Dark Horse pushed through, outside of the usual Previews catalogue solicitation process, for June publication” and so please check out these stunning previews and consider supporting the creative team! Use Diamond order code DEC168740 at your Local Comic Dealer!!

Deep in the jungle, a young alien woman must use her wits, strength, and one small, precious cluea gem that projects a hologram of her fatherto discover her true origin! Originally serialized in Dark Horse Presents, this edition collects all twelve chapters of Rich Woodall and Craig Rousseaus popular sci-fi adventure, Kyrra: Alien Jungle Girl!

Preview pages are random and found via previews to Dark Horse Presents as well as website Bleeding Cool.