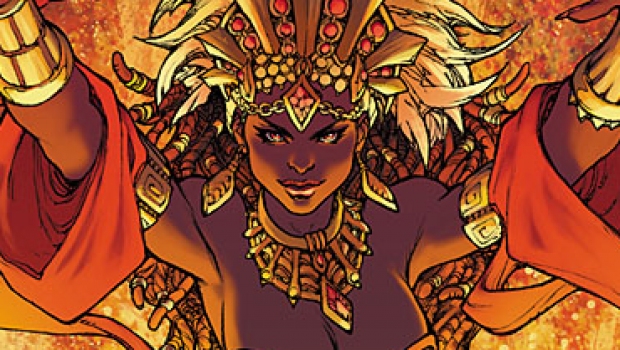 Aspen Comics provided C4S with a preview to Santeria: The Goddess Kiss #3, in stores March 1, 2017.

C4S addendum: guess where you can meet Mr. Cafaro himself? In Belgium of course. Go to FACTS-convention in April 2017!