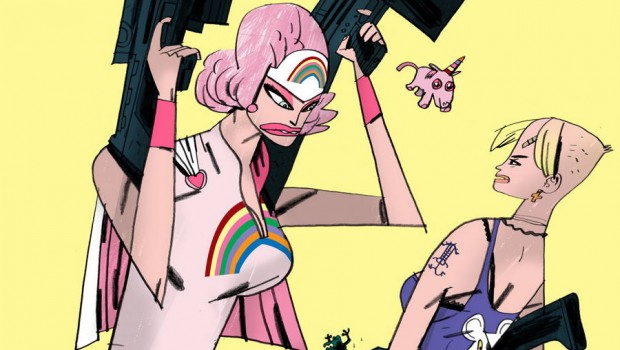 Titan Comics is making sure that this Wednesday sees the release of Solid State Tank Girl issue #3!

The thing that Tank Girl, Jet Girl and Sub Girl snatched from inside Booga’s testicles has grown into something even more horrifying than having to write and read the contents of this sentence -an evil duplicate of Tank Girl… and she’s not alone!

The gang will have to draw on their innermost secrets and powers to defeat their disgusting doppelgängers before it’s too late!