C4S with a preview to Preview: The Blood Queen #1 – Comics for Sinners
Previews 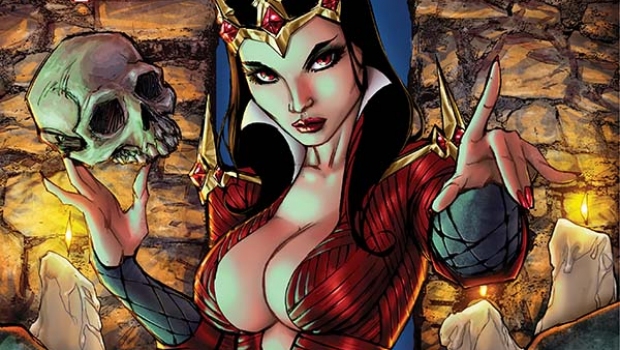 Dynamite Entertainment provided C4S with a preview to The Blood Queen #1, in stores June 11, 2014.

A new dark fantasy epic begins here! In a fairy tale land of knights and magic, a royal child’s life hangs in the balance. Summoned to save the princess, a young woman of untold power begins a journey that will uncover secrets, reveal forbidden desires and stoke the fires of war! The reign in blood is about to be born!

Inspired by the nightmares of your youth and the notorious Countess Elizabeth Bathory, THE BLOOD QUEEN comes from writer Troy Brownfield!