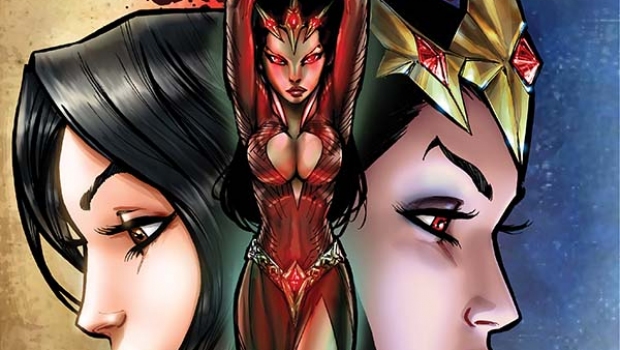 Dynamite Ent. has provided C4S with preview images and associated covers for THE BLOOD QUEEN #4, in stores September 3d, 2014.

“Reign in Blood” continues as Elizabeth and Helena get a closer look at the power behind the throne. And as the king rides out to prevent a war, the battle may already be on its way to him! Plots and ambitions put everyone in danger, forcing Jon Hunter to reveal the lengths that he’ll go to for the crown. But what’s more frightening? A good person that goes too far, or someone that has no limits?