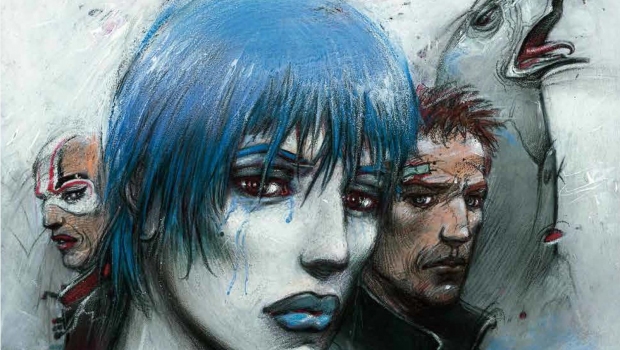 Titan Comics provided C4S with a preview to The Nikopol Trilogy, in stores March 16th, 2016.

For thirty years, Alcide Nikopol has floated alone in space, sentenced to cryo-preservation. When he finally returns to Earth, the year is 2023, and the world has been ravaged by two nuclear wars!

But the strangest change in the world floats above Paris – a giant pyramid, home to the recently returned Egyptian Gods, who would like to reclaim humanity as theirs, if only they could all agree…