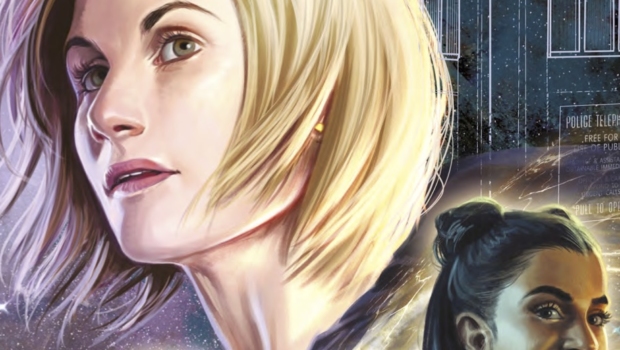 Bestselling comics writer Jody Houser and fan-favorite artist Rachael Stott bring you the second volume of the hit series featuring Jodie Whittaker as the first female incarnation of The Doctor!

Bursting straight out of her hit television adventures, this second collection of theThirteenth Doctor’s comic book tales is a scorchingly fresh incarnation, taking the show – and its comic strip adventures – where no Doctor has gone before! Perfect for fans old and new alike, this is an awe-inspiring jumping on point to the Doctor Who comics mythos.

Doctor Who: the Thirteenth Doctor Vol 2 is out now – see below for a review PDF and art preview, plus cover and solicit information to use on your outlet straight away!