C4S with a preview to Preview: Trish Out Of The Water #5 – Comics for Sinners
Previews 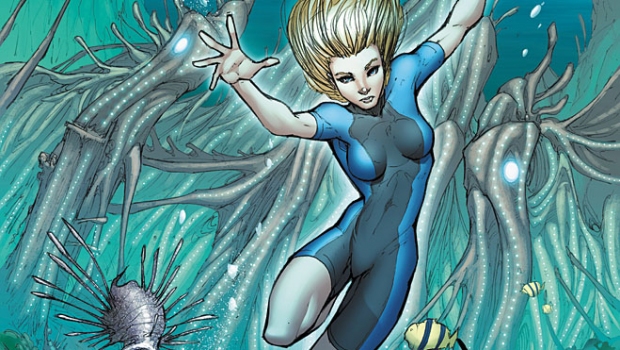 Preview: Trish Out Of The Water #5

Aspen Comics has provided C4S with a preview to Trish Out Of The Water #5, in stores this Wednesday March 12th, 2014.

TRISH OUT OF WATER #5

The end is here!

Under the surface, Trish discovers the true cost of learning about who‹or what‹she truly is may be the sacrifice of everything she holds dear‹as well as her life! Caught in the middle of an age-old war and a lineage of power she might not escape, Trish must rely on what she¹s learned about what she can do with her abilities in order to survive!