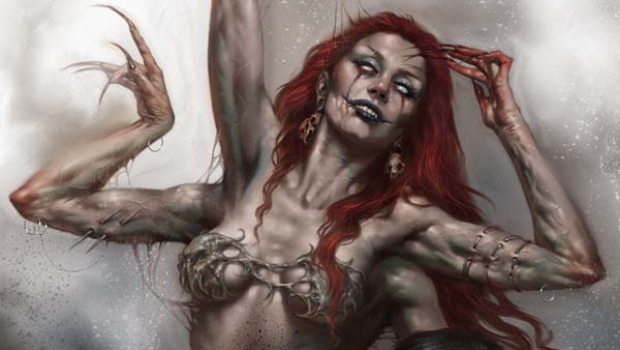 Dynamite Entertainment has provided C4S with a preview to Vampirella #37, coming to stores December 18, 2013.

Lilith’s been keeping a secret, and she’s not the only one. When the truth comes to light, will Vampirella give her mother the benefit of the doubt…especially if Lilith’s secret concerns some of Vampi’s most sinister enemies? The answers to some lingering questions await within this issue!