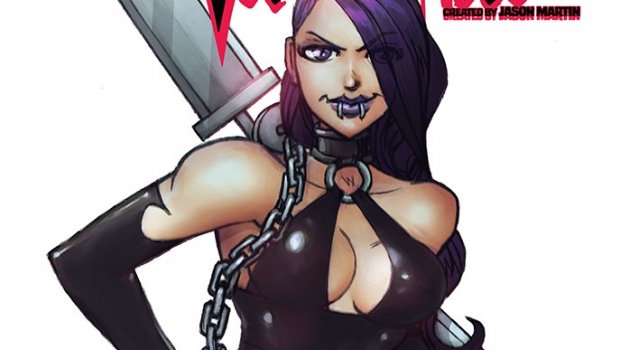 Action Lab Danger Zone has provided C4S with a preview to Vampblade #3, coming to stores March 30, 2016.

As the chaotic new world around comic shop employee turned other-dimensional vampire slayer, Vampblade, starts to come into focus, things continue to be both crazy-weird and stupid-lethal for our blade-brandishing bad girl! And when you’re a 90s comic book character come to life, meeting your “creator” can be a bit meta too…