C4S with a preview to Preview: Vampirella #1 – Comics for Sinners
Previews 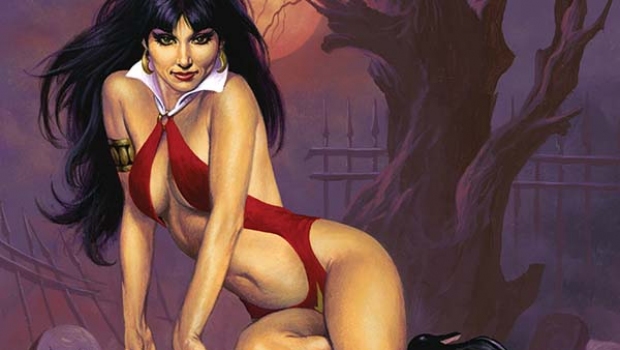 Celebrating Vampirella’s 45th anniversary! In FEAST OF SHADOWS, the first in the six-part OUR LADY OF SHADOWS story arc. Vampirella is sent by the Vatican to investigate the kidnapping of a little girl by Ethan Shroud and the Chaos cultists, only to become the centerpiece of a ritual invoking Lady Umbra, the sister-bride of Chaos, that leaves her marked as a living sacrifice to the dark goddess who rules the shadows.

VAMPIRELLA is back and returns to her horror roots with Bram Stoker Award-winning author Nancy A. Collins (Swamp Thing, Sunglasses After Dark, Jason vs. Leatherface) and Patrick Berkenkotter (Red Sonja, Avengers/Invaders).