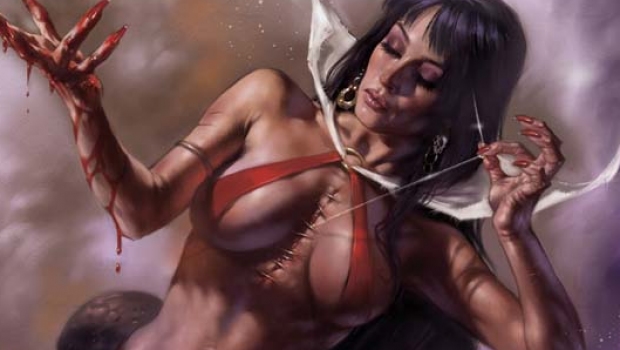 Dynamite Entertainment has provided C4S with a preview to Vampirella #31, in stores August 7, 2013.

3 regular covers will be shipped in equal ratios

For the beautiful and bat-winged Vampirella, a glimpse into the future comes at a terrible price! A vision of things to come – one of victory, no less – forces our heroine to make a painful decision, forever altering her fate. Will she survive as a new kingdom rises in the land?