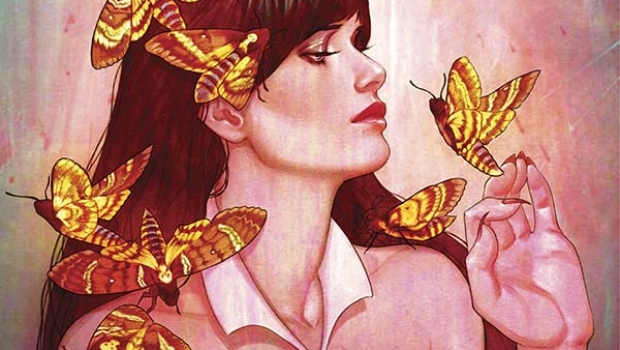 In “Kauzstadt”, the penultimate episode of the “Our Lady of Shadow” story arc, Vampirella and Drago travel to Eastern Europe in search of the vampire blood necessary to defeat Lady Umbra, the Queen of Shadows. Their first stop is in Serbia, where they must locate and hunt down the rarest of vampires, the eerily beautiful Leptirica, before heading to the Transylvanian village of Kauzstadt, home of the King of the Nosferatu—who also happens to be Vampirella’s half-brother!

From the creative team of writer Nancy A. Collins (Swamp Thing, Sunglasses After Dark) and Patrick Berkenkotter (Avengers/Invaders, The Torch).