C4S with a preview to Preview: Vampirella Vol. 2 #12 – Comics for Sinners
Previews 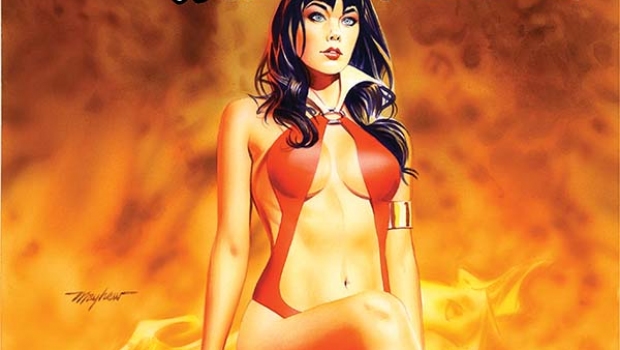 Vampirella may be the new Queen of the Nosferatu, but her rule is far from an easy one. Angered by her attempts to change how the Nosferatu prey upon humans, a rebel factor—lead by the powerful Count Savanovic—conspire against her with the help of an outside faction that even vampires fear. A potential ally makes himself known, but can Vampirella trust him—even if he is a blood relative? Find out in “Blood Born”, the first installment in the new “God Save The Queen” story arc.