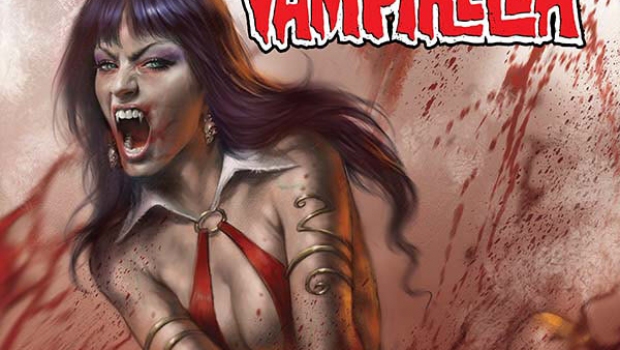 Dynamite Ent. has provide C4S with a preview to Vengeance of Vampirella #3, coming to stores Dec 4, 2019.

THE FUTURE IS NOW!

Tom Sniegoski’s return to Vampirella continues as the Vengeance series battles into its third issue.

This issue Hemorrhage prepares to strike and is reunited with Mistress Nyx while Pendragon attempts to restore Vampirella to her former self! But, will the Daughter of Drakulon be strong enough — or willful enough — to face this new combined threat and restore order to a world gone dead!