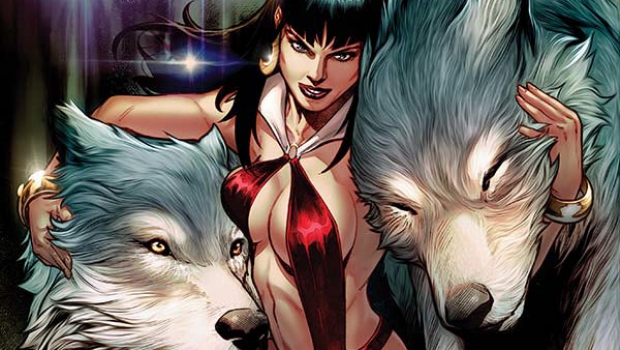 Dynamite Entertainment has provided C4S with a preview to Vengeance of Vampirella #7, coming to stores 05/27/2020.

Still recovering from her final battle with Hemorrhage, Vampirella realizes that there will be no rest for the wicked and begins the process of assembling a plan that will hopefully result in the liberation of the Earth from the clutches of Mistress Nyx, and the Chaos Lords.