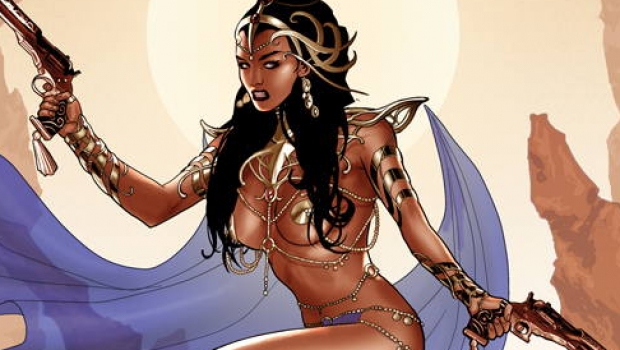 Dynamite Entertainment has provided C4S with a preview to Warlord Of Mars: Dejah Thoris #26, coming to stores June 19, 2013.

Drawn to danger, Dejah Thoris has survived murder plots and bloody global conflicts. After these recent events, the royal family insists that she take a quiet, safe holiday. But her sojourn of relaxation turns into a nightmare, as the young princess bears witness to a dangerous discovery in an unknown region of Barsoom!