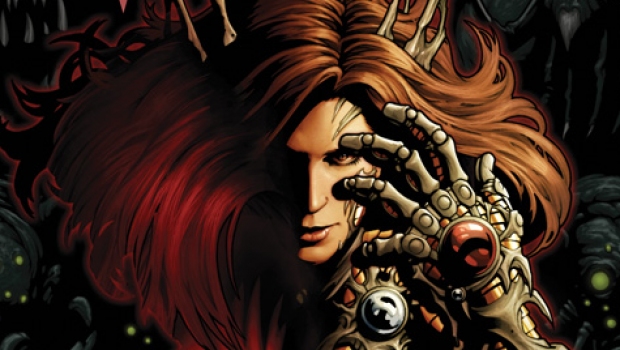 The bitter, former Witchblade bearer Katarina has transcended the Faerie realm, travelling to Chicago to intercept the fugitive murderer Toio Mulranny. And she’s going to get the Witchblade’s help to catch him, whether Sara Pezinni wants to or not.