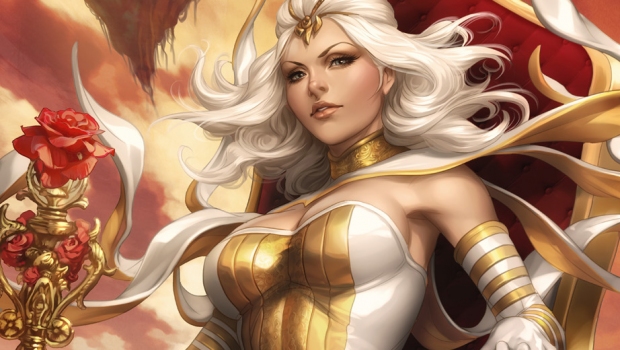 Zenescope Entertainment provided C4S with a preview to Wonderland #25, in stores on 6/4 2014.

Zenescope is showcasing their first creator address from ERIC M. ESQUIVEL, MANUEL PREITANO, and LEONARDO PACIAROTTI, the team behind Wonderland #25.

The cut-off for pre-order dates for July releases is quickly approaching, and the creative team behind Zenescope Entertainment’s WONDERLAND #25 has a message for readers and retailers!

“The past seven years have been a delicate, carefully orchestrated chess match between Wonderland’s major players. Issue #25 is when they flip the table over and go for each other’s throats. The game is over, and it’s time for the real war to begin.”

I’m better with pictures than with words, so I’d prefer to let the Queen of Spades speak for me:

“Fights, deaths, comebacks! Too much action on 22 regular pages of Wonderland? Well, imagine what we have in the double that! Yes, this will be WONDERLAND #25. Pre-order NOW!”
– Leonardo Paciarotti, colorist

Wonderland #25 is available for pre-order at your local comic book retailer now! 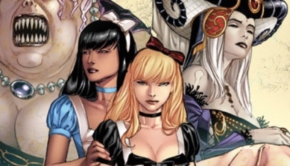 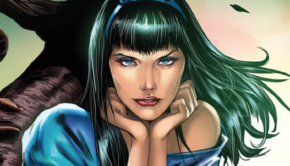 Raven Gregory Takes Revenge on Wonderland in July 2018 as Wonderland returns! And Raven Returns As well!! →