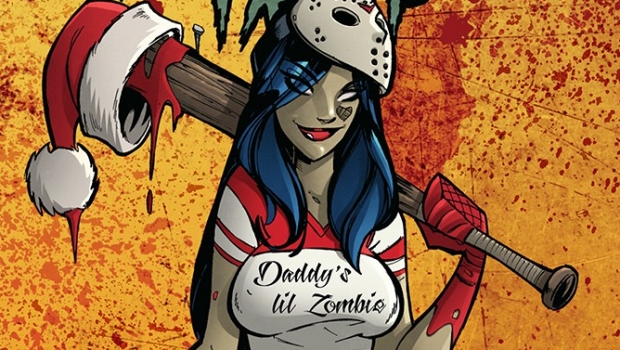 Action Lab Danger Zone has provided C4S with a preview to Zombie Tramp Does The Holidays TPB , coming to stores April 27, 2016.

Zombie Tramp Does The Holidays TPB

Zombie Tramp is a special gal, she’s a zombie but she’s still got her brains, and supernatural powers too! So she recently had her own series of specials, where the undead queen made her way through the holidays many know and love one by one, in her unique style. And now you can collect all of those twisted tales in one special book!!