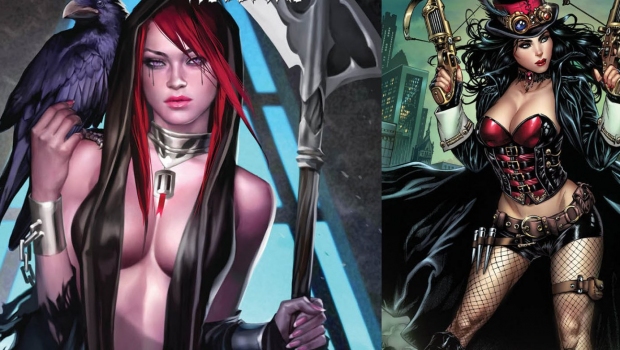 Synopsis: Gretel’s life has been coupled with one trauma after the next, starting with the loss of her brother at a young age and then her mentor just recently, both due to the machinations of an evil witch. Cursed with powers that grant her a long life that spans centuries, she is forced to consume human hearts to sustain herself at the cost of her own humanity. Recently, she has teamed up with Calabar, a mercenary who is part of a secret faction determined to rid the world of all witches. But now, what they have discovered could unravel everything they have been working so hard to create. A new coven of witches is forming, and at its center, a new evil rises, something so powerful that they may not be enough to protect us.

Synopsis: Van Helsing has dealt with it all, from cursed creatures and undead beings, to interdimensional travel and the underworld itself. But when a new threat arises in the form of the Hellfire club, a cult of demon worshipers determined to tear our world down, Liesel must rely on every skill she has at her disposal, as well as her highly inventive intellect, if she hopes to survive what is coming her way!