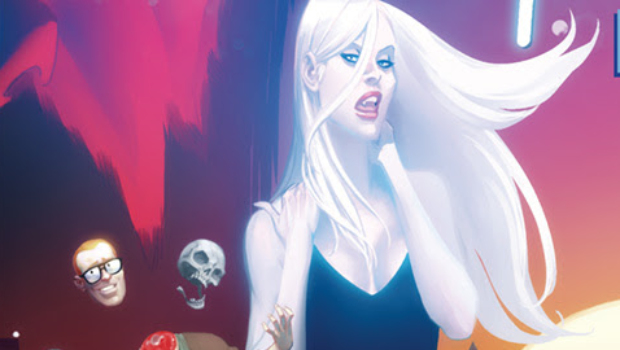 Readers will sink their teeth into DARK FANG, VOL. 1 this May

Valla has a vested interest in the survival of humankind. After all, humans are her primary food source.

When the ocean-dwelling vampire finds her aquatic paradise destroyed by a dark liquid plague, Valla takes to the surface in search of answers. What she finds is a world on the brink of ecological disaster, and a civilization powerless to stop it. If Valla wants to keep eating, she’ll have to take down the fossil fuel industries.

It will arrive in bookstores Tuesday, May 15th and can be preordered via Amazon, Barnes & Noble, Indiebound, Indigo, and Books-A-Million, but pre-ordering via your Local Comicbook Dealership is best!!