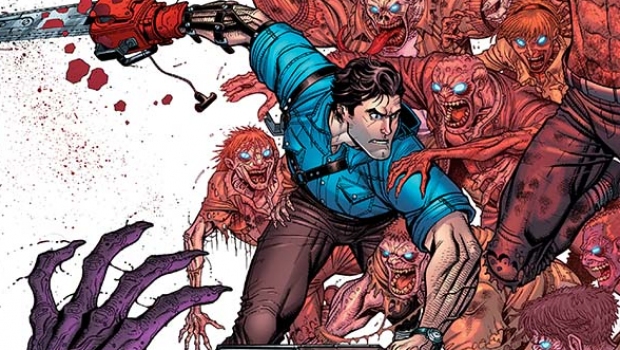 This issue opens with Ash reminiscing about what has gone before, namely in the movies Evil Dead, Evil Dead 2, and Army of Darkness. It turns out that he’s explaining things to the Human Resources Department of his job, that he’s missed work at for a week. I love Sam Raimi and the Evil Dead movies he did with Bruce Campbell, they are my chief source of Inspiration for my own Karl Vincent: Vampire Hunter novels and I wrote the first screenplay, based on the novel, with Sam Raimi in mind to direct and Bruce Campbell in mind to play Karl. Dynamite has done an excellent job at bringing Evil Dead to comic book life so far and this first issue is a good start to what could be an excellent story.

Chris and Chad bring Ash home from Deadite land and have him try to explain things to people in the real world. It’s humorous to watch Ash try to explain to the uninitiated what happened and see their responses. As you can guess he is not believed in by the masses. This leads to some shocking turns in his life and he must deal with his home town’s disbelief in ways that only he can. It’s good to see Ash on his home turf again after seeing him fighting on the Furious Road, hooking up with warrior princess Xena, and even fighting the resurrected Adolf Hitler (though not at Dynamite but for SGP comics.) I loved the reaction of the home town and the place where ‘Mr. Williams’ winds up at the end of this issue, this really is a homecoming for Ash Williams and I think you’ll like it too.

Mauro Vargas is an excellent choice for this title. His manic approach matches the Sam Raimi universe in a satirical style that fans of the movies should appreciate. The splash which recounts the events in the movies is sure to please and the confrontation between Ash and his Manager is a hoot. His artistic style is simplistic and reminds me of early Joe Staton, especially E-Man. His art fits the tone of the story and that’s what counts. Great stuff.

They say you can’t go home again and for a while it looked like Ash wasn’t going to see home, at least in the world of comics, but now he’s come full circle. This issue sets us up for better things to come and Ash is having a tough time convincing people he works with and for that what has gone on in his life really happened. Then he goes back to High School to face what shouldn’t be. Will he finally convince people, other than the woman that recruited him, what has transpired and what is about to transpire? Gotta get issue one to find out! A great issue zero that sets us up for what will probably be an action-packed issue one. *** (7.8 rating.) 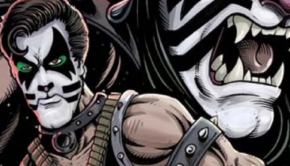 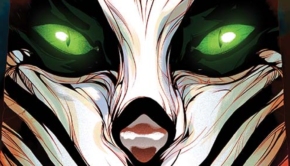 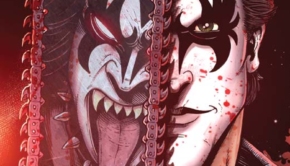 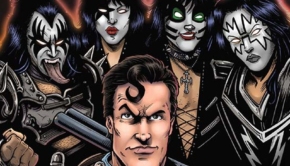