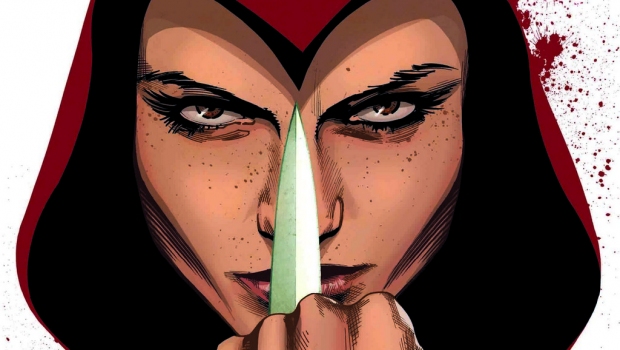 Tom stoddard along with Jennifer Querry are working for “the brotherhood” on a mission to disrupt the Templars.This is the third issue in a five issue series. So it’s the middle of a story arc. The art by Neil Edwards is some of the best I’ve seen and the action is non-stop in this chapter.

Our hero is torn between completing his mission and having to rescue a young boy. Jennifer winds up saving the boy, but is shot in the process. Stoddard has to make decisions which will challenge his perception of the mission at hand and, indeed, his own position as a human being. It’s actually Jennifer that gets him to thinking about the needs of others as she risks her life to save the child which is not a part of the mission at hand.

As Stoddard tries to awaken the girl another entity speaking through the child let’s him know that he’s being tested and has to make the right decision.

Jennifer is shot while saving the young boy but then shows up towards the end of the issue, apparently with no serious injury. When asked about the boy she says she left him behind for the greater good. Why would she leave behind a boy that she risked her life to save? Curiouser and curiouser. Her actions raise more questions than they answer.

The action is fast paced and the suspense builds. I can’t wait for the next issue! ***