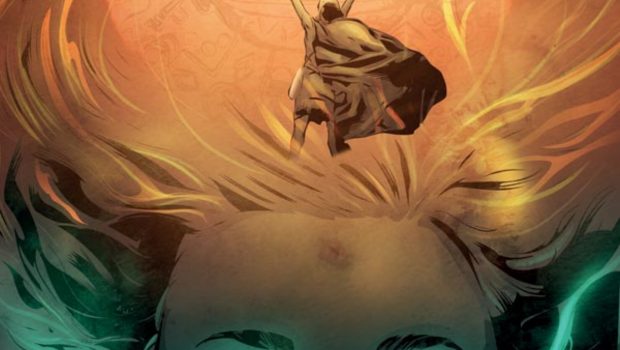 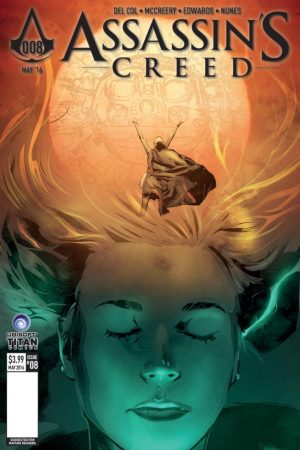 “You may have been Pizzaro’s favorite killer…But now you’re old and fat.” – Diego.

Quila and Pardo are in Peru and have been caught. Quila is about to witness the end of everything that she holds dear. She and Pardo have to find a way to warn the Emperor of those who are conspiring against him. Quila will have to learn team work. She’s not the type to take orders, but if she doesn’t co-operate and insists on striking out on her own it could cost lives.

This issue begins in Peru around 1536 in the Incan Empire. Diego De Cuervo is holding our heroes’ at knife point. Pardo is desperately pleading with him to let them speak to the Emperor. Pardo distracts Diego to save their lives and in so doing gives away their location to the Spanish. The Spaniards attack which gives Quila and Pardo a chance to escape. But at what cost? A split decision had to be made and it may have cost lives. This, of course brings up ethical questions galore.

The Writing team of Anthony Del Col and Conner McCreery bring us into the thick of battle in an issue that brings up many high principled questions as we see lives ruined and a lot of wonton death and destruction. There’s a column at the end of this issue that briefly explains Incan culture and politics for those interested in discovering why characters behave the way do. Quila’s Quipu was broken in the attack. making it difficult for her to convince the natives that she must see the Emperor. Will our hero’s get an audience with the Emperor before it’s to late? This issue brings up ethnic and moral questions all the while entertaining us and avoiding taking any type of a stand or being preachy.

Neil Edwards brings his usually talented pen and pencil to this torrid tale of terror and war gone mad. He’s able to bring us back and forth from the present day to 1536 with ease and his work compliments the writing team to give us a force to contend with. His facial expressions and artistic style bring the dialog that much more to life. His art has improved over the years and I’m sure that Titan is pleased to have him on board.

The conclusion of this issue brings us a very violent ending all in the name of stopping the bad guys. No matter where she goes Quila is hunted and can’t escape her destiny. She finds herself not willing to call her own mother to tell her that she’s coming home. She thinks out loud that she can’t even trust her friends. A scuffle ensues. Can she bring herself to accept her fate? On the final page she learns something shocking about Kody! To be continued. 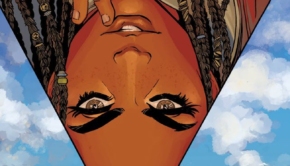 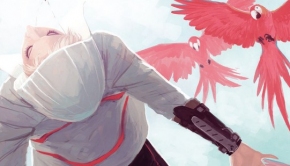 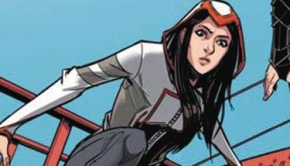