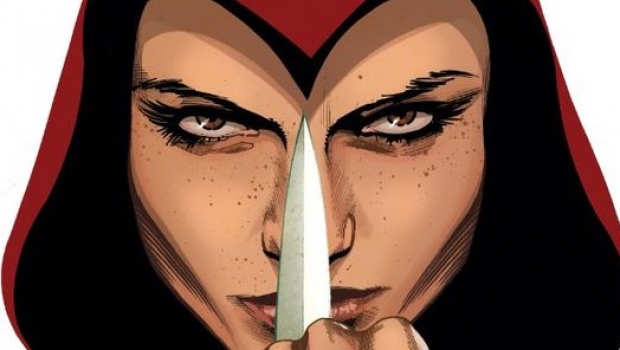 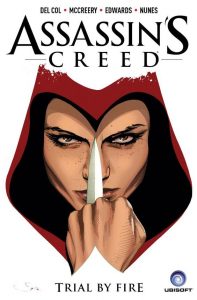 Titan Comics managed to kick ass with their new Assassin’s Creed #1, which is an all-new ongoing comic featuring brand-new characters, based on the hit videogame series.

The gist given here is much more actually then what is happening in the first issue, but that is just how it works sometimes and I am frankly glad the marketing folks told it like this, since as a total and utter Creed-noob I was in need of a regurgitation of sorts. And to be even more honest, this whole first issue can be read without even having seen a commercial, a game, a book or any other news about the Assassin’s Creed in fact.

The great thing about this collection -aside it being a nice set of comics to be read in one go- is the add-ons to be frank. The Salem Witch Trials is part of the story that takes Charlotte into her ancestor’s past and the add-on is a retelling of how those insane Salem times of past could even start, as well as who they have been affecting the Salem residents, even well after the Trials were over and done with. From a historical perspective this was a nice treat.

To have Charlotte smack in the middle of it all, with various characters having hidden agenda’s, roles and parts to play, the writers made sure this all still makes perfect sense. Add to this just top notch artwork to make sure the total story remains visually just as strong and this really is a keeper.