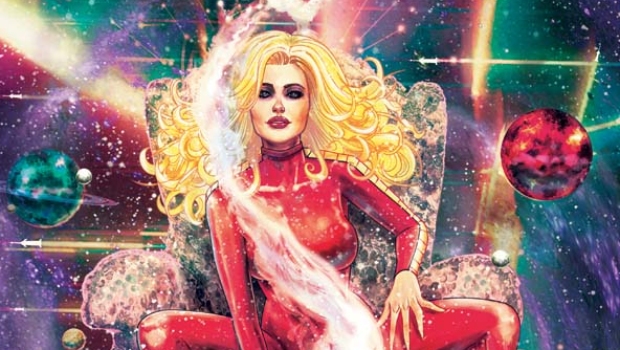 This issue opens at the shipyards of Falladim. Barbarella’s ship- The Thief of Fire– is in for some much-needed repairs. The mechanic shares that he’s busy because everyone is racing to Van Neumann’s world to get rich by seeking out R.U.S.T. whoever discovered R.U.S.T. is going to be rich when all is said and done. But Barbarella isn’t interested in getting rich, she just wants her ship, so she can make it to a medical conference in time.

Mike Carey is turning up the humor with this one. Sight gags include the mechanic’s robot sniffing what looks to be Barbarella’s dog’s but, only to discover that the “dog” is a medical doctor and a cowboy named Pulver Glain that looks like a giant version of Yosemite Sam. Carey has the spirit of a 14 year old that died by being run over by a pet food truck tell Barbarella that she has to go to Van Neumann’s world. She tries to sift for R.U.S.T. only to have the aforementioned Glain put a gun in her face and tell her that she’s mining in his territory. Great stuff includes Barbarella and her Dr. Dog singing 99 bottles of beer on the wall (and you thought Kirk, Spock and McCoy singing Row, Row Row your Boat was bad.) and the title character having to flee a time quake. I love a good sci-fi parody and Barbarella is one of the best! Tongue planted firmly in cheek. Loved it.

Kenan Yarar brings only a slight cartoonish take on the characters. He shows restraint in going overboard. Although the temptation must have been there for him to do so given the zany goings on in this tale of tempestuous turmoil. And the story is better for it. The characters look slightly realistic as well as a touch of the cartoony side. Brilliant work in bringing Carey’s words to life. Highlights include the robot sniffing Doctor Vix and the time quake itself.

Barbarella continues to bring justice to the universe without breaking a nail or mussing up her ‘80’s style hair doo all the while running into the quirkiest characters in the galaxy. I haven’t had this much fun with Science Fiction since watching re-runs of the BBC’s Hitch Hiker’s Guide to the Galaxy. Barbarella runs across another quirky character who she literally stumbles upon after the Time Quake, he has a theory that the R.U.S.T. isn’t all produced on this planet naturally. Pulver Glain doesn’t know enough to stay away as Barbarella is sucked into…to be continued. 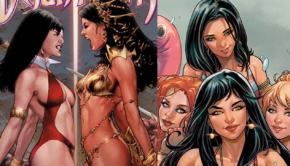 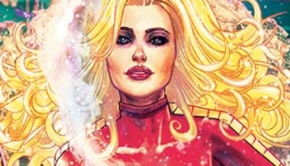 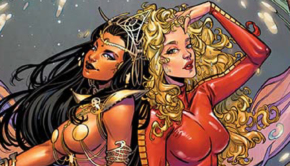