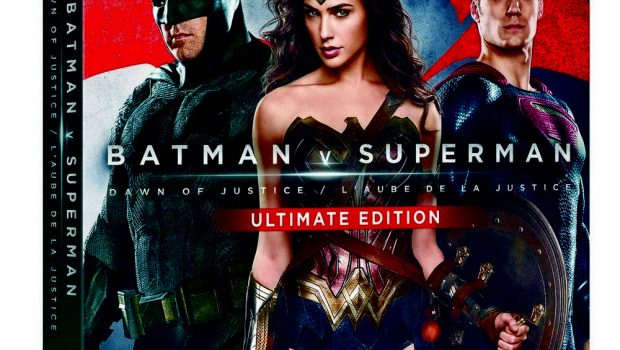 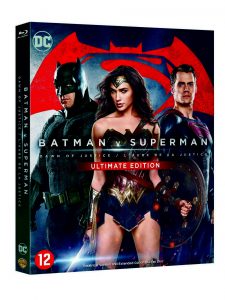 First of all… I am a comic book fan. And with the upcoming of this new age of Superhero movies -which started not thát long ago if you think about it-, I am glad to be in the here and now and have the chance to see them, enjoy them, promote them and -since I have 3 teenage sons- use them for educational (or indoctrination-ish) purposes.

I am not going into the Marvel Movie Universe here, other then saying they made sure interconnected movies are a real amazing gimmick if done right. Add to that the action, story and humor/puns and I would recommend it to everyone. Not talking about the X-franchise or the Spidey-franchise right now.

If you look at the “other” universe and you see some cool movies with DC-Characters. At least they LOOK cool.. and tough… and the insanity of the real world is oozing right through the cracks in their faulted storylines and their inaptitude to grasp the essence of these heroes in the comic. There… I said it! 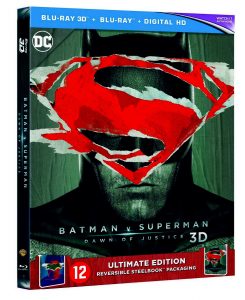 Big part of my personal pleasure is I get to enjoy these superhero-movies with my kids. And the latest installment (Bats/Supes) is more of the same dark gritty which I hated in the Dark Knight Trilogy. And I want my kids not anywhere near this kind of exposure. I want them to have a good time and I do not want their fragile innocence effected on purpose. I cannot control all of their info-input via media (smartphones, game consoles, TV, newspapers etc) but if I can limit their exposure, then I will not hesitate. That might make me an idealistic parent, a gullible one perhaps, or even weak, but I like to think of me exerting that effort as well as being vocal about these decisions with my children in a nice dialogue, I think I can contribute some of my personal values and principles and my realistic view on the world and my desire to watch movies that are basically fantasies.

This is written on a big stone wall in Berlin and it really made me stop and think. 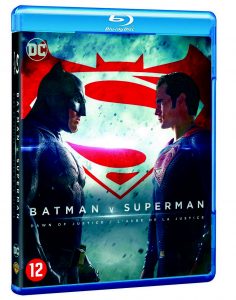 With all the misery in the world today and the decaying morality when humankind is not “kind” in warlike surroundings, the truth is revealed.
Sure; humans have this amazing tendency to do good and be brave, to make amazing inventions and astounding discoveries. But…. religious fanatics (be they Christian, Zulu, Muslim etc) and pollution, war children and human trafficking, drugs and crime, murdering neighbors and too much rain in the wrong season or drought in the wrong region due to climate changes, even a game as soccer is infected by ‘fans’ who rather kick heads then being sportive and kick a ball around.

Now back to the movies: when I watch movies I do not want it mirroring the real world. I want escapism. Pure and simple.

And it is NOT working with Superman Vs Batman. Because the amount of mayhem and despair, the human nature getting the best/worst of people and inspiring them to do the most horrible things, the lacking amount of hope, the absence of relativizing humorist-ish remarks to make a heavy scene look a tad less desperate, the non-communication and miscommunication, the sheer massive destruction. Above all: no hope!

I am not one to overly analyze movies and mostly just enjoy whatever is being shows, so that basically made me love Battleship, TMNT, Transformers, John Carter, Avatar, and other movies that have been beaten to death by reviewers. But this one was too much for me… 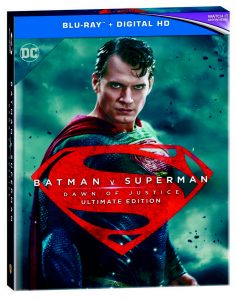 Let me break it down to some the characters themselves:

– Alfred: he is spot on with his remarks on the decaying personality of ‘Master Wayne’ but it feels so hopeless, senseless. Every interaction is painful on the level of their relationship.
– Luthor: he is the óne madman who outwits everyone? Who sets up a masterplan involving and using Superman and his alias, using Batman and his alias, using the government of the US as well as of other countries, using mercenaries and misinformation to deliver mayhem and mass-murder and even using alien technology to commit nercomancing… and even creates special Luthor-bullets that can be traced back to him? And who is not even able to have a proper monologue?
– Martha: sure she comes across as a loving mother, but mostly she is nothing more then a footnote to the story which is less then it should have been.
– Superman: whenever he is not in a bathtub, he is sulking, feeling sorry for himself and feeling anxious to use his eyebrows in frowning a lot when thinking about the state of the world
– Batman: blames Supes for everything, will not talk to Alfred nor to a talkative Superman, let alone to anyone else who might hold a mirror to his actions. And is all about maiming and fear and cool gadgets. And forgets to think about ‘bigger’ pictures or even dares to come up with a solid plan to steal a big green-glowing rock. Sigh.

All in all the characters are dark, gritty, narcissistic, without hope and/or psychotic and to me are acting opposite to what I think these characters are (or should be) all about!!

Then let me start with the story itself -and I have only watched the 3 hr Ultimate version so I am happy to never have seen the much hated and talked about theatrical version- and all of its merits:

– take a pill-moment: we see a Flash from a future making an oopsie? How am I going to explain that to someone else? This needed to be deleted as enough hints about the JLA were given with those Luthor-harddrive scenes.
– insane in the membrane-moment: after walking up a mountain, Clark is having a dialogue with his dead father. In a way that is much more then ‘just’ imagining your dead father still being around.
– stop talking-moment: so Superman comes flying in and keeps trying to talk to Batman. Who keeps attacking him instead of asking ‘please elaborate’…
– monster-moment: this could have been totally deleted from the movie. It only downgraded the movie to a ‘freak feature’.
– killer moments: so superheroes now kill? As if they are real human beings or as if Mark Millar would be writing his ‘heroes’?
– sadistic moments: so this is what the Bat is now doing? Being a vigilant with sadistic tendencies, branding his captives and putting fear into the hearts of the ones he saves?
– nightmare moment: so there is an even darker and more gritty future ahead of us? With Supes as dictator and with winged creepies? And how did this benefit THIS movie? And was it a nightmare or a vision? And since when is Bats someone who even believes visions since he is all about gadgets, growling voice-transformers and walking around very buff.

Was there nothing good about it? Nothing to be said about that would make it less negative?

The moment Wonder Woman came onto the scene full force, smiling when smitten and battling evil through conviction. The introduction of Diana Prince throughout the movie in various scenes made you feel for the character, almost instantly.

And the love between Clark and Lois is just a lovely sight to behold. The dedication of Clark, together with the sturdiness of Lois as she is her own woman… just looks honest and believable. More bath-tub scenes please!

And the dedication of Lois to help her god-like boyfriend: that gave me hope.

And I actually adored the clumsiness that Luthor-creep was all about and his Joker-inspired rambling.

But all in all, the movie is lacking on every other level.

Am I hating to please the haters? No. I am my own man, and therefore this is only MY Point Of View. I just think movies involving superheroes should have MORE. Much more.
And I want to watch them with my kids…