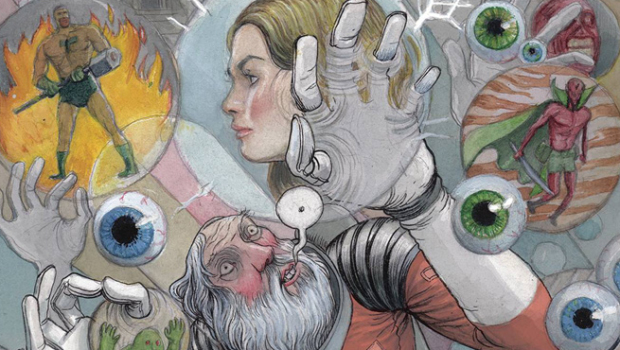 Meet Col. Randall Weird. A soldier that lost his relevancy. A mind that’s nowhere as important as he thinks he is. A misfit that’s about to discover the reality of his meaninglessness. A less than average Joe that will find out just how useful…or useless…he is in…the Purgatory Zone! 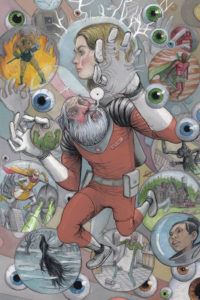 Jeff Lemire has mastered the art of parody with this title. He takes us into a universe that evokes animated classics like Heavy Metal and Yellow Submarine. It’s Cool World meets the Twilight Zone and fans of absurdist humor are sure to enjoy this tale. It’s obviously not going to be a tale for everyone but for those of us who look for a different type of storytelling occasionally. Fans who don’t always want to pick up a comic book and get the same old same old e.g. Conflict, fight, resolution. A useful pattern to be sure, but some writers want to take us beyond that, and Lemire does. At first, it looks like it’s going to be another variation of the same pattern, but then it gets all out of whack in a nice way. Great stuff includes Randall’s decision to go against his shipmates and the appearance of Inspector Insector.

Rich Tommaso has a unique style, an almost childlike innocence that works with this story. A very simple attitude towards the characters that make us feel more like we’re reading a children’s book instead of a comic book and that’s the way it should be. The story is told with a childlike mentality. Highlights include Randall’s disappearance into the white hole and the ever-changing landscape.

This is a refreshing change from the normal everyday comic book. It was a breath of fresh air that made me smile. I couldn’t fully understand what was going on at first, but then when the boss was mentioned I got it. And I got a chuckle out of it. It’s almost as if Jeff Lemire were a pen name for Terry Gilliam, who switched from making movies to creating comic books. A lot of fun for escapists and then guess who showed up? To be continued.  ***1/2 (8.3 rating) 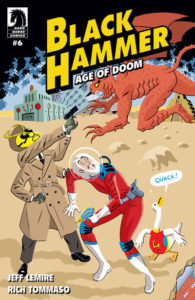