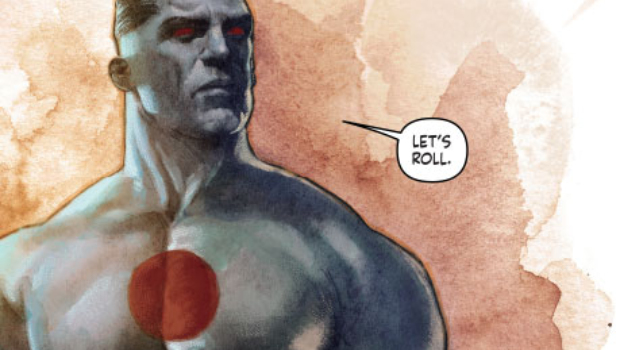 Jessie’s insane father, Daddy, began harassing the couple as soon as they had settled down. Our hero had enough and tracked down the crazy old man. Upon confronting him, Bloodshot suffered the loss of his powers as the military operation that was controlling his Nanites shut them down. Despite this he managed to kill Daddy, but that’s just the beginning of his problems. 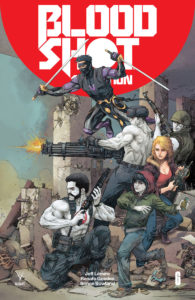 Jeff Lemire takes us to Minnesota, soon. Voodoo girl and her companion are digging their way out of the rubble. She informs him that she just saved his life with a spell. When we catch up to Ray, he’s in the hospital, feeling helpless about his little girl. Ninjak is there to console him. Great stuff includes the kidnapping of a person dear to our hero, making him feel even more helpless and his struggle with wanting to leave Bloodshot behind and lead a normal life but knowing that his family needs him to leap into action at least one more time. I really like this narrative as Lemire brings our hero to the brink of despair.

Renato Guedes gives us some of the most realistic looking art in the history of comics. Each page is painted with care and the renderings look so close to being real people that you expect them to jump off the page. Highlights include the splash of Bloodshot taking his daughter to the place (I won’t reveal it here) where he needs to in an attempt to save her. The opening pages of our heroes climbing out of the rubble. And a lot of great pages which, if I told you about them, would give away too much of the story.

There’s some great character development in this issue as we see Bloodshots inner turmoil about how to rescue his daughter and another that he holds dear who has been kidnapped. We feel his pain and when presented with the only possible scenario given to him by Ninjak, his love for his family shines forth. With or without the nanites he’s willing to do what he has to do to save those he loves. An old friend shows up to assist him. While Bloodshot get his powers back or not? To be continued. **** (9.1 rating) 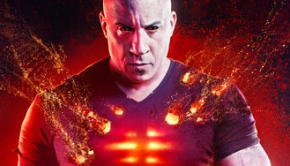