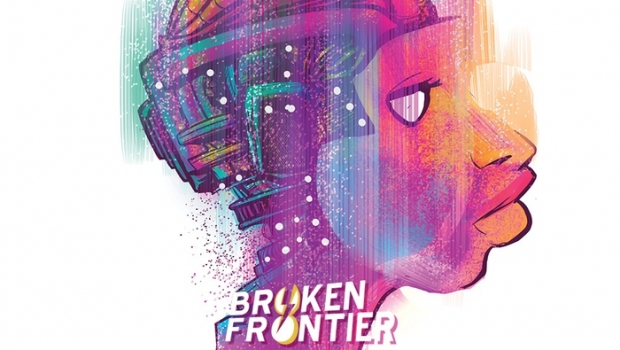 1) Phantom Limb Ghost Puncher. Police officer Larry James has lost an arm in the line of duty, he hesitates to return to work. They offered him a desk job, but he can’t see himself working at a typewriter typing away with one hand, he can still feel the arm, even though it’s gone, he has no future right? Until one night a stray cat wanders up to his door. What would you do to get your arm back? What is the cost? Larry sees a possibility, but what will happen if he dabbles in forces that he doesn’t understand? He might be better off without his arm.

Greg Pak has crafted a story that takes you into Larry James mind and gets the reader to understand the psychological trauma that James is going through and that attitude is highly complimented with art by Tom Rany.

2) Stranger than Fiction. Fans of Court-TV’s Psychic Detectives will surely enjoy this next little macabre masterpiece. Mystery writer Dee Hendrix happens upon Peter Fairhurst who is the chief suspect in the murder of one of his employees, Devon Green. But did he do it? Devon’s spirit is at the bar, observing the conversation, after Fairhurst leaves, Dee saunters over to ask the late Mr, Green some questions. The real perpetrator of this heinous crime will learn the age old adage that crime doesn’t pay.

Tyler Chin-Tanner successfully combines horror and noir genres and gives the reader plenty of twists that will make you want to get to the next issue. Art by Asegul Sinav gives the story appropriate atmosphere.

3) Dark Dark World. Here’s a sweet little tale about a young lady that saves a baby from some nasty predators. Are the baby’s parents grateful? Well, maybe not in the way you think! What you think you see isn’t necessarily reality. Before you jump into a situation where you think you’re doing the right thing, be sure you have all the facts, or you might be doing more harm than good!

Cullon Bunn and Nathan Fox made what could have been a tragic tale into a load of fun with off the wall humor and abstract style art.

4) Plunder. War. Pure unadulterated Viking war. An easy victory for the Norse over Native Americans, but what they find inside of a temple sends shivers up and down their spines! You think you’re fighting for a just cause, but are you just conquering for the sake of conquering? What will you gain in this victory, and what will you lose? In the spoils of war, everyone is a loser.

The story by Phil Hester is loaded with energy, very gory, definitely not for the squeamish. Artist Daniel Warren Johnson successfully brings us back to the dark ages with his fascinating look at the two warring cultures.

5) The Wave. Birds eye view of a motorcyclist coming across a crashed airplane, a brilliant tale with no dialogue. You find someone who shouldn’t be alive, what do you do when that person tries to destroy you? You have to think quick and stay on your feet!

Rarely has it been tried to show a comic book with no dialog, and the results are sometimes uneven but Robert Sammelin makes the story very clear without words and his commitment to the page has it paced just right to bring the climax to a rousing conclusion.

6) The Wall. No, this isn’t an adaptation of the Pink Floyd movie. The mining community of Iba-Kieem must protect one of their most valuable natural resources, Vephra. In order to protect this resource they have to negotiate with the community beyond the Wall, the Elytra. Mad Max meets Dune is the best way I can describe this most excellent sci-fi tale. The Miners finally take on their arch enemies and succeed in discovering the refinery. Will they succeed in their quest to right the wrongs done to them through the years…Read on and find out.

Tyler Chinn Tanner’s second tale in this anthology shows his diversity in story telling as the Wall is nothing like Stranger than fiction and Tobey Cyprus has a simple, yet effective artistic style which serves to compliment Tyler’s words.

7) In the Night, Mountains Grew. Next we travel to Sarah Palin territory as this little tale takes us to the Last Frontier (Alaska to the laymen.) Our protagonist is a ranger seeking God, and/or the gods after her mother dies, she contemplates suicide. She finally finds… Maybe some things are best left to the unknown, accept your fate and learn to live with life’s losses.

Marguerite Bennett has crafted a story about heartbreak that is so well done the reader suspects that a lot of it’s elements draw from personal experience. Varga Tomi’s art succeeds in bringing the Final frontier to life, even here in Florida I can feel the cold atmosphere as I absorb this little tale.

8) Flyer. Now we go back to April 22, 1915 in the Belgian town of Ypres. War creates an atmosphere that will require a little girl to grow up way to soon. War is ugly and can cause even the best of us to do things that we know we shouldn’t do. Will this young child be able to do what’s expected of her? And how will this affect her for the rest of her life? This time her grandfather may have gone to far, even in the face of pure evil.

Justin Zimmerman succeeds in telling us a tale of the horrors of war and how we can all be reduced to doing the unthinkable in trying times while the art from Mike Lawrence brings out the characters emotions as they wrestle with the decisions they must make. The look on the little girls face as she’s handed something no little girl should have to use alone shows her innocence, confusion and fear which is the most gripping panel in the story.

9) Kismet: Man of Fate. July of 1944 in Southern France. Is Lamond Lamont a traitor? France is just days away from “Operation Dragon” and Kismet confronts his mentor about his traitorous actions. He has a foresight no other human has, he sees what he must do for the good of mankind, he must deal with the fact that the man who trained him is the one that must be destroyed. Can he make the ultimate sacrifice?

David A. Lewis brings us back and forth with characters that have to struggle with their allegiances and ultimately chose between Right Wrong Tuazon’s art conveys action and the blank faces of characters who are ultimately in a state of transition between old loyalty’s and new.

10) The Beard. What happens when you go to bed clean shaven then wake up with a full beard? Well it’s pretty bad, especially if you’re a woman. She tries everything to get rid of the extra hair and be a normal woman, but fails. Then she realizes that with the extra hair comes great power. She has to learn to accept herself and not care about others perceptions. It’s Samson and Delilah with role reversal.

The script by Fred Van Lente takes an absurd situation and grounds into a realistic story for our protagonist while Allison Sampson’s art brings us back and forth with her inability to control the changes that are happening to her.

11) Purgatory. Logan’s Run meets Catholic doctrine. The protagonist confronts her maker and must decide to blindly follow what she’s been taught to gain her eternal reward, or to maintain her individuality. What would you do if you confronted your maker and had to decide between what you’ve been taught and what your gut tells you is right?

Carla Berrocal has given us a strong protagonist that shows no fear, even in the face of the things she’s been taught were right.

12) No regrets. This one can be summed up as The Butterfly Effect meets Back to the Future 2. Going back in time allows him to correct his perceived wrongs, but he winds up not learning from his mistakes. What kind of future can you have if you eradicate the very lessons that make you human to begin with? Are you still a man? Can you relearn what you’ve left behind?

Jamie Coe’s words and pictures show what can happen when a normal, albeit geeky, guy gets the chance to remake himself, but like the prophet said Power corrupts and absolute power corrupts absolutely.

And that’s just half of this trade paperback! I will review the rest in my next comic book review 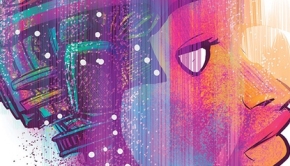