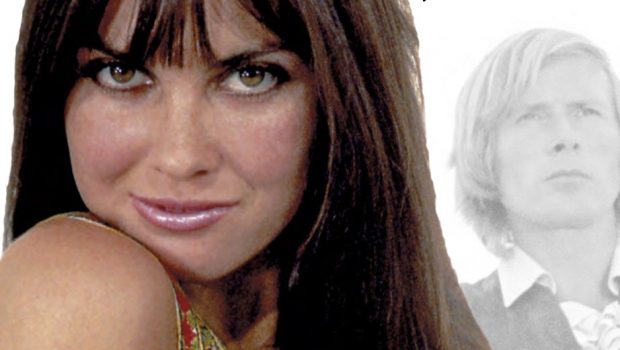 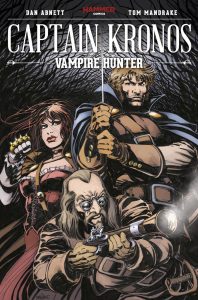 This is it! The final issue. Captain Kronos, Carla and Grost are camped in the town of Serechurch. They are there on the request of the citizens to rid the community of a vampire infestation led by a quirky vampire named Slake. Kronos was on a re-con mission to gain information when he found himself involved in a fight for his very life against Slake. Only the arrival of Carla saved him from this evil nosferatu.

Dan Abnett obviously loves his Hammer horror films as this chapter delivers the goods in an action-packed way. This issue opens in the heat of battle. It’s a non-stop surge of adrenaline as the heroes are seriously out numbered and it doesn’t look good for our vampire hunting team. The stakes are high, and the rewards are few in this final issue. I loved every page.

Tom Mandrake is up to his usual state of excellence as he delivers in a super way that fits the tone of this issue and his panels bring us to a rousing conclusion. The first appearance of Slake is a sobering site as we wonder how our heroes can defeat such a creature. It’s great stuff!

All is not as it appears in the town of Serechurch when our heroes seemingly accomplish their mission only to realize that the vampire infestation is still going strong in this little hamlet. What they discover will send shivers down your spine. This tale isn’t wrapped up as smoothly as we would have liked it to. Great writing and awesome art bring our heroes to a conclusion we may not like.