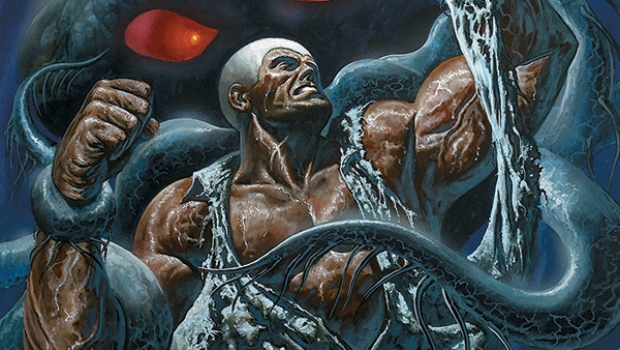 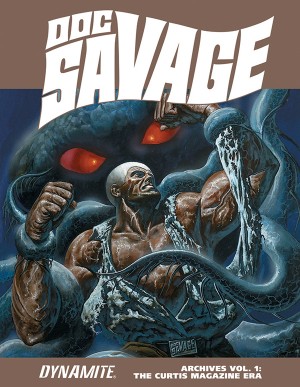 If you’re a fan of old-school two-fisted pulp action, you’re no doubt aware that the genre has undergone a major resurgence in popularity within the past decade, as the likes of the Green Hornet, the Spider, the Shadow, and Doc Savage have made new fans among comic readers, and reignited the interest of older fans seeking new adventures of their favorite heroes. Leading the charge has been Dynamite Entertainment, the New Jersey–based publishing house that has become the go-to place for pulp action, from Doc Savage creator Lester Dent’s other crimefighter, The Avenger, to Edgar Rice Burroughs’s Martian adventures of John Carter, Warlord of Mars.

Having added Doc to its stable last year, publishing an eight-issue miniseries, an annual, and a recent special (starring Doc’s kick-ass cousin, Patricia Savage), Dynamite now turns to the Man of Bronze’s earlier comic escapades from other publishers—specifically, the eight-issue Doc Savage black-and-white magazine series from the 1970s published by Marvel Comics’ parent company at the time: Curtis Magazines.

The Doc Savage Archives, Vol. 1: The Curtis Magazine Era is an oversized hardcover that collects those eight issues, including text articles, content pages, pinups by well-known artists, and full-color cover paintings. In stories written by Doug Moench (Batman, Werewolf by Night, Moon Knight) and John Warner (Rampaging Hulk, Son of Satan, Deadly Hands of Kung Fu), Doc and his sidekicks are put through their paces. From building-destroying madmen to ghost pirates and crimson plagues, Moench and Warner present the sort of pulse-pounding tales that Lester Dent himself might have written.

Joining Moench and Warner are comic-art legends John Buscema (Conan the Barbarian), Tony Dezuniga (Jonah Hex), Marie Severin (Doctor Strange), Val Mayerik (Howard the Duck), and Ernie Chan (Savage Sword of Conan the Barbarian). At times these storytelling giants seem to be fighting the text-heavy word balloons and captions for space on the page—a writer/artist conflict often found in seventies’ comics, and still somewhat in play today—but the art never feels crowded. And what wonderful art it is—the work of artists who seem to be enjoying themselves in depicting Doc’s comic adventures.

However, there’s one note of displeasure I have to convey to Dynamite’s editors: When your cover artist’s name appears not only on seven of the series’ eight covers but also on the content pages of the magazines that you reprint in this collection, there’s no excuse for misspelling (eight times!) Ken Barr’s name as “Ken Baar” on your copyright page and the table of contents. This is the same type of inattentiveness that led to Vampirella grand-master painter Enrich being listed as the cover artist for Dynamite’s Pantha hardcover collection—when the cover was actually painted by Bob Larkin. Proofreading: you’re doing it wrong.

Bottom line? “Ken Baar” aside, this collection is a must-have for Doc Savage fans—both the fans who own copies of the original magazines (and would prefer a more durable version to thumb through), and the new generation of pulp loyalists that Dynamite has created through their Doc Savage, Shadow, and Green Hornet titles. You’re sure to be superamalgamated! 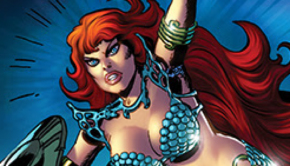 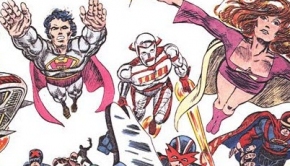