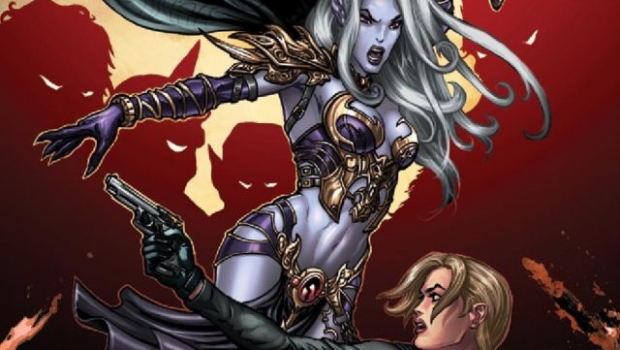 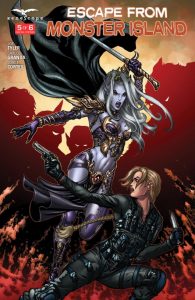 What’s gone on before:

The U.S. Government has covered up the existence of monsters and other strange creatures. A tropical Island has been turned into a type of internment camp for these creatures. They were transported there to be studied but by 2012 disaster struck and the Island had to be evacuated. A creature named Xorn is at first reluctant but later agrees to take Kelsey and Charles to find the Cyclops before the Elf Queen does. If the Elf Queen finds the Cyclops first then disaster would ensue.

Our narrators begin this torrid tale with Kelsey behind bars. She’s questioning Charles motives. Charles assures her that it’s only until she meets with the Elf Queen and his actions are for the greater good. The writers have created a complex situation which makes the reader wonder who is right in these circumstances. Kelsey is trying to save the whole Island while Charles realizes that not all can, or even should, be saved. Do the needs of the few outweigh the needs of the many?

Carlos Granda is a perfect fit for this title He manages to convey the conflict between the two leads and we can feel the tension mount as both think that what they’re doing is for the best. Both Kelsey and Charles show a boundless enthusiasm to complete their missions. his panels jump off the page and grab the reader with the urgency of their situation. Great work as always.

A beautiful picture graces the cover of this issue. Kelsey is at the bottom of the page with her head turned to the right, gun in hand. The Elf Queen is behind her with sword drawn. Poised to strike. But is she about to strike Kelsey or does she have her back? You have to read it to find out. Brilliant. Fire is rising from the bottom of the page which denotes that all hell is breaking loose in this issue. In the background are the silhouettes of the various monsters that inhabit the Island. A cover which encompasses everything that’s happening between the pages.

I could feel the sense of urgency as each group tries to do what’s best for their own people. All parties want to get off of that Island and the U.S. forces want to prevent not only the creatures escape, but an all out war as well. A couple of neat twists keep the reader interested in what’s going on. The American general asks Xorn if he can guarantee that his people will follow him and Xorn replies that he doesn’t know. But he’s promised that if they do follow him he’ll give them something that they hate more than humans…the head of the Elf Queen. A disturbing turn of events sees the rift between Kelsey and Charles grow deeper, and it can not be repaired. The Elf Queen arrives and Xorn moves in for the kill but something interrupts his conquest…To be continued. ***1/2