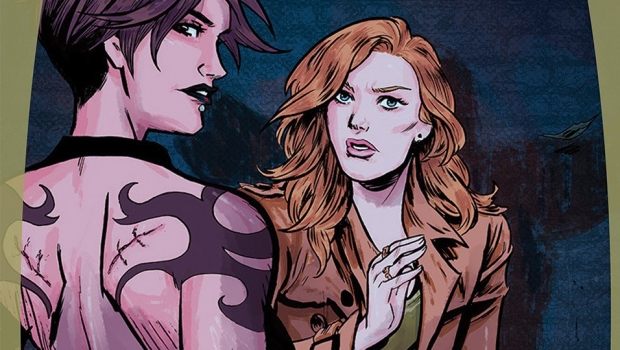 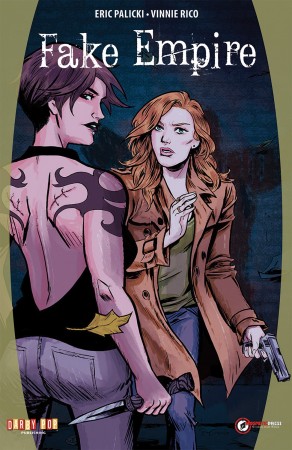 Which brings us to Fake Empire #1, written by Eric Palicki (Orphans, Red Angel Dragnet), illustrated by Vinnie Rico (The End is Totally Nigh), and released by Darby Pop Publishing. This sixteen-pager isn’t so much a comic book as a digital preview of the first chapter from the upcoming graphic novel of the same title, which is scheduled for release on March 30. Darby Pop’s e-mail to reviewers explained the premise:

Who killed the Tooth Fairy? Fairies have always existed in secret, living side-by-side with humankind. But when one of his daughters is murdered, King Oberon tasks his remaining offspring—a newly minted NYPD detective (Charli) and a wingless, feral “black sheep” (Lucy)—with finding her killer by any means necessary. As Charli and Lucy are sucked deeper into the mystery, and certain danger, they begin to uncover the extraordinary measures their Kingdom has taken to keep their society “safe” in an increasingly violent world.  For Charli and Lucy, discovering the truth will mean confronting their own blood-drenched legacy.

As teasers go, Palicki does a good job of setting up the premise and introducing the at-odds siblings as they set out to find the killer of their Tooth Fairy sister, Jill. Charli is the no-nonsense responsible one, Lucy the cynical, streetwise one—the loose cannon. Yes, we’ve seen this setup in countless crime dramas—the movie 48 Hours comes immediately to mind—but it’s the sisters’ relationship that seems to promise we’ll see a greater depth explored than traditional shoot-outs and brawls… although I’m sure there’ll be some amount of both in the complete graphic novel.

In terms of art, Rico’s style is a good matchup for this gritty story—there are different levels of tragedy that can be seen in the eyes of each character; they all seemed haunted in some form or another by their respective pasts. It should be interesting to see how those pasts play out.

Bottom line? With its urban setting, dark fantasy elements and attention-grabbing story and art, fans of Bill Willingham’s Fables and Jim Butcher’s Dresden Files should definitely give Fake Empire a look when the graphic novel hits stores in March. Or you could head over to Comixology and purchase this first “issue,” which is available right now. 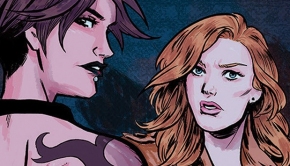