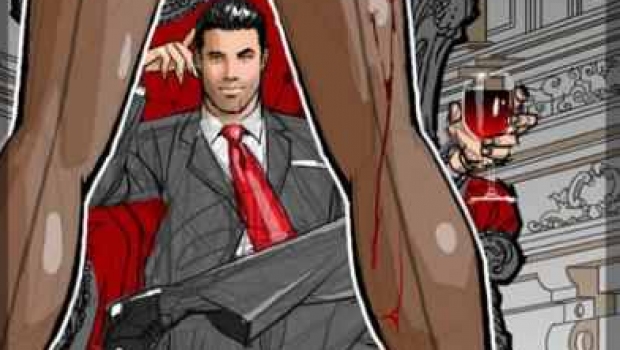 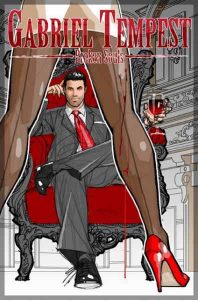 This is a very different take on vampires and vampirism. Gabriel Tempest is a private investigator/lawer who is also the last living descendent of Vlad Tepes. He’s tired, he’s a devout catholic, and he wants to die. Eternal life is apparently boring. The thing standing in his way of dying is the parish priest, who lets him know in no uncertain terms that committing suicide is a sin. Gabe is a blood sucking Dexter that chooses his food wisely. After a heart-felt confessional with Father Tucci our anti-hero meets with other vampires of the Dracul order and they discuss the prophecy that Gabe will rule over them some day.

Jeffrey Kaufman is an attorney that set out to start his own comic book company. He was able to hire some top talent in the world of comic book making so his books look more professional than other creators who started from scratch. He has created a totally relatable vampire. A character who goes against the grain, which is my favorite type of character. Gabriel does not like what he is and he is resisting the prophecy which will make him a leader of a vampire order. He hates taking human life, even the lives of the vilest criminal elements like murderers and pedophiles. A great character and this is a great graphic novel.

Gabriel Dora brings the world of Tempest to vivid life. His version of the protagonist seems very mild mannered and well kempt, but when he transforms he is truly a scary sight to behold. He looks threatening and like a demon has taken over our anti-hero as he attacks his prey. Dora masterfully brings us the two worlds of Gabriel Tempest. The mild mannered daytime Investigator/lawyer and the night time creature of darkness. It’s a Jekyll and Hyde type of universe that he brings us and it’s truly an intense world that he has helped shape.

It’s a subtle unassuming look at Gabriel Tempest as he’s sitting in a big red chair, legs crossed, with a beautiful girl standing in front of him. All we see are her legs, very reminiscent of the poster for the James Bond movie For Your Eyes Only. Although the drink he’s holding is not a martini. It will definitely draw the attention of comic book surfers.

This tale is so well written that we can feel what Tempest is going through as he struggles with what he is and his day to day existence. Through a vampire named Boris we learn that the current ruler of the vampire clan is Raul, who, like Gabriel, is not happy with what he is. But instead of seeking death, he seeks to evolve. It’s Raul who sought out Tempest for unknown reasons that will be explained later. Our anti-hero then seeks out some old friends that he hasn’t seen in years, including the D.A. who is upset with him since he dumped his whole case load in his lap 7 years earlier and then took off. The characters return to Tempest’s life in an unhinged way as he seeks to make amends with his past, the mystery deepens as other strange characters, including a werewolf, show up and disrupt his life. Will Gabriel be able to straighten out the mistakes of the past? Will he defeat Raul in battle? Can he make amends with broken friendships? The answers are inside!