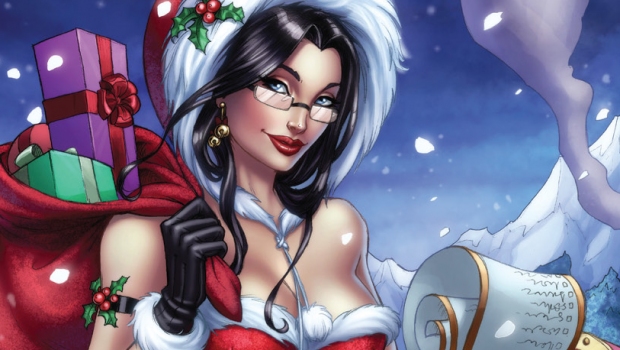 You better watch out/You better not cry/You better not pout/I’m telling you why… He’s making a list and checking it twice/Gonna find out who’s naughty or nice… He sees you when you’re sleeping/He knows when you’re awake He knows if you’ve been bad or good/So be good for goodness’ sake! 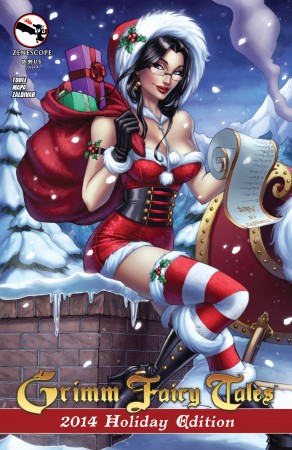 Ever noticed how creepy the lyrics to that old Christmas standard, “Santa Claus Is Coming to Town” really are? I bet you have now! When you remove the music and take a good look at the song, Saint Nick sounds less like a kindly old man who hands out presents, and more like a stalkerish spirit of holiday vengeance who’s going to punish you if you misbehave. In general, though, it’s not Santa who gift-wraps the holiday beat-down—that dirty work is handed off to his fear-inducing enforcer, the Krampus!

Europeans have long been acquainted with the Krampus, who has his own holiday, Krampusnacht, that celebrates his child-punishing deviltry. America was late to catch on, but now it seems everywhere you look, especially in movies and comic books, you can’t go a single Christmas without him turning up to spoil things.

Written by Anne Toole (Crystal Cadets, The Lizzie Bennet Diaries) and illustrated by Butch Mapa (Grimm Fairy Tales 2014 Halloween Special), it reveals the origin story for the version of the Krampus that stalks the Grimm Fairy Tales universe. Related mostly in flashback as a history lesson of sorts for students of Arcane Acre (an X-Men–like school for magical characters), Toole introduces us to Andrzej, lord and sheriff of the village of Ludich, who discovers firsthand just how dangerous Yuletide can be. Interspersed with this tale is a present-day sequence involving GFT’s main character, Dr. Sela Mathers, in conflict with the Krampus—and why he’s shown up on her doorstep.

Both stories move quickly, and Toole does a nice job of making you feel for Andrzej, especially when his world is turned upside down by events beyond his control.   Artwise, Mapa does a great job in telling Andrzej’s story visually, but during a sequence involving the flashback running concurrently with Sela’s struggles, the lack of distinct panel borders may have you temporarily have you scratching your head. It took a second reading for me to understand that Sera hadn’t suddenly appeared in Andrzej’s flashback and was fighting the same Christmas demon. Still, it doesn’t detract from the overall tale.

Bottom line? Fans of Grimm Fairy Tales won’t be disappointed with this special, and if someone on your holiday shopping list is a fan of fairy tales and/or beautiful comic women, then Grimm Fairy Tales 2014 Holiday Edition is just the stocking stuffer you’re looking for.