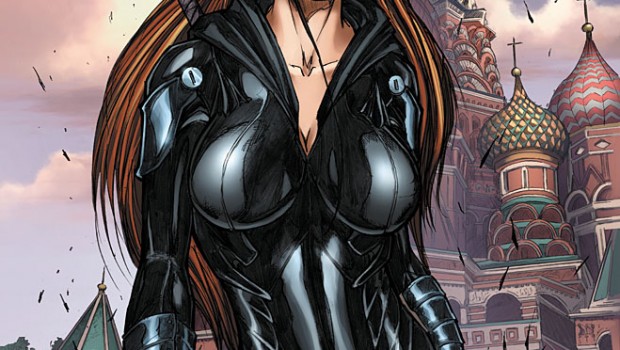 In setting up the world of Fathom, the race of human-like creatures living beneath the water showing extra-ordinary techniques and powers, Michael Turner created magic. Aspen Comics still holds close to that same magic and Turner’s legacy is returning series after series, with the same level of beauty, story-writing, moral issues, soul-searching, racism, conflicts it started out with.

Kiani is a character that is difficult to love, and as difficult to love. Somehow a solo-series always felt like filler material but this Volume 3 is off to an exciting new start as Kiani is searching her soul as never before, even accepting help of humans.

Official blurb: One of the most powerful figures in the Fathom universe returns for this epic third chapter! Following the tragic events of The Elite Saga and the shattering of her family ties, Kiani has risen above the surface and seemingly disappeared amongst the large expanse of the human population. However, with a power inside her that is capable of changing‹or destroying–the world¹s landscape, her presence can only remain hidden for so long!

Take this and add a Russian instution bent on finding Kiani and to study her amazing powers, and you have got yourself one amazing start!

Writer Vince Hernandez makes Kiani a character worth reading and following and artist Cafaro (certainly helped by the colorist) makes the party complete.