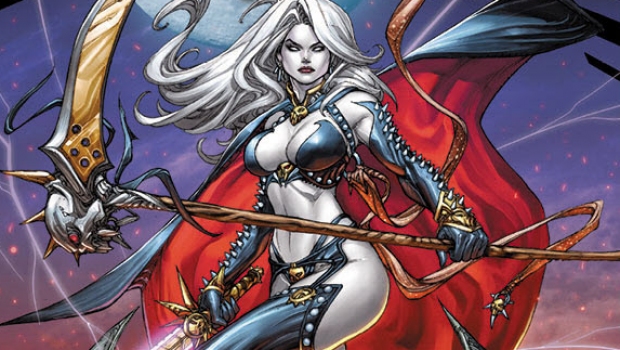 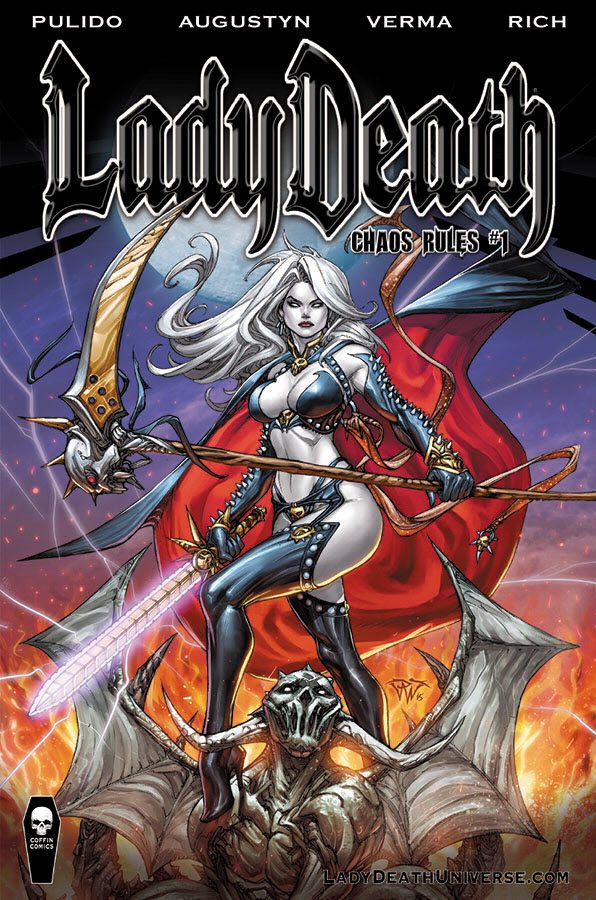 So Lady Death has been missing for a while now. Well… we know she has started out her publish adventure at the unholy, unruly and amazing (sadly defunct) Chaos! Comics first and then via Crossgen, Avatar, Boundless. But now she is back where it matters. With Brian Pulido at Coffin Comics Lady Death emerges from a coffin she was locked in over the years. According to Pulido in his afterword (also reflecting in the story itself) we can just disregard the time between Chaos-Coffin as a dream-sequence and no matter how odd this reads, it totally worked for me.

It might be the mini-series/oneshots-format Lady Death mostly appears in, it might be because the story just makes sense and is strongly written or it is simply the fact that Lady Death is BACK and is looking like the badass (yet tragedy) babe she was always meant to be. And she does look amazing, let me tell ya!

So in this new comic -first premiered via Kickstarter but thankfully available via Diamond Distribution as well, for those folks overseas facing the horror of shipping costs- the Lady Coma becomes Lady Death again. She awakens with some nasty morning anger issues, sets up a fight or two, acts like she owns the world, gets this amazing new sword (named CHAOS no less!!) that ploughs through anything and anyone.

There is really nothing more to say… she is BACK and I love her for it!

To be frank, the story is more then I let on here, but I am just so excited about her coming back and the way it is done, that I am thrilled beyond my stabile senses.

Wanna know more about the art: this is the art (pencils and colors) that make Lady Death look like she really is Lady Death! She looks amazing, scantily clad, vicious with matching surroundings, complementary characters and ghastly enemies to be slain!

So yeah, artist Dheeraj Verma is shining here and Sabine Rich is acing this!