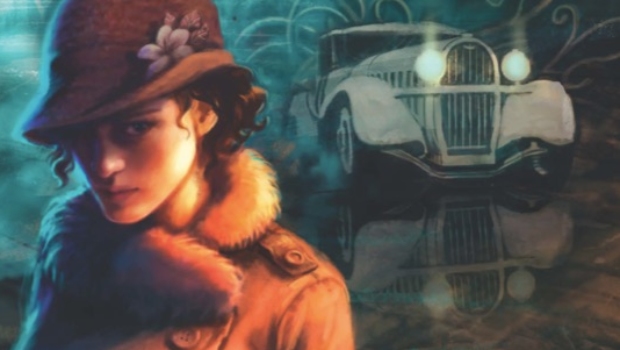 It’s the late 1920’s. Prohibition is in full effect. To paraphrase a certain movie..”She made them an offer they couldn’t refuse.” Everybody knows the mob is a boys club. The men are men and the women are there to support them. Everybody knows this except for Nicoletta. She doesn’t believe she should be judged for her looks or her ability to dance, she wants to join the family business and will do whatever it takes to be taken serious even if it means doing it on her own. After ruining a meeting between her brothers and another bootlegger, Nicoletta makes up for that mistake by showing she is her fathers daughter, whether he like it or not. She’s not afraid to do what she has to to save, not just herself, but her family as well. This attitude carries over into her adult life as we see she doesn’t mind getting dirty, or bloody, while doing what needs to be done.

So starts the first issue of a new series crowd funded through Kickstarter. A 1920s mob story by Sunshine Barbito, Debora Carita, Mariacristina Federico and Clem Robins from Rain Werks.

This first issue introduces us to Nicoletta Marchesi, the only daughter and youngest child of crime boss/bootlegger Tommaso Marchesi. Told between flashbacks and ‘current’ storylines we learn that she was never the lady like daughter her parents wanted her to be, more of a rough and tumble tom-boy who would rather play with her brothers than learn ballet. The proverbial iron fist in a velvet glove.

The creative team has created a fresh take on an old story: The Mob. Making the main focus of the story a female and making her as tough or tougher than the male characters around her they’ve opened up an interesting way to look at this world. She’s not being used as a plot device to further the story of the male characters, she IS the story. A feminist in a time when that didn’t exist. She wants to be taken serious and, as this issue shows, she’ll do whatever it takes to get that respect.

The writing is spare, no wasted words, letting the art carry the story where needed without filling up every panel with talking heads. Each character has a fully established personality in the short amount of space they’re presented in. Each character with their own distinct voice instead of interchangeable voices that sound the same in your head as you read.

The art is…well…perfect. Not so overly detailed so that you miss something or that it draws your attention from the story but detailed enough that it puts you in this time. They’ve done the research to nail down the look and feel of the era. With facial expression, body language and ‘camera angles’ the art carries the story through those moments where there is no talking..in a film this would be the ‘acting moments’ where it’s just the character moving the story along.

The color palette is subdued tones mostly, this isn’t a superhero book, the need for over the top colors is unwanted and I’m glad they kept it this way. Each setting has it’s own color scheme, each character with their own ‘look’. This is a case where the color and art blend together without one overshadowing the other.

I’ve never heard of anyone working on this series. By the end of it everybody will hopefully know them. I’m looking forward to seeing how this all plays out. 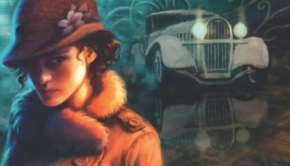 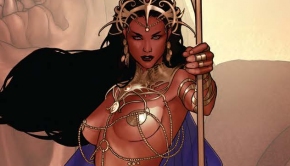