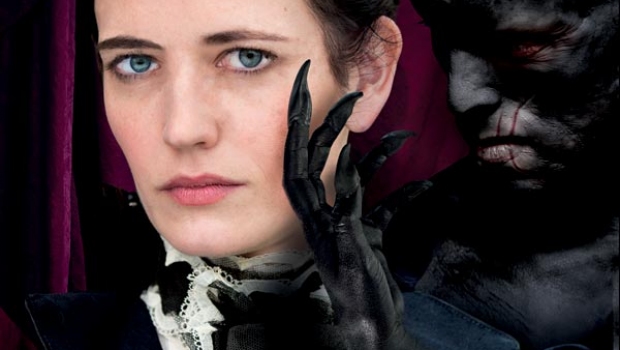 In Penny Dreadful #2 we see our protagonists Sir Malcolm, Vanessa and Sembene after a long search finally discover the only person that can give them any idea what happened to Mina…her husband, Johnathan Harker. They find him in a lonely house on the Essex coast. Emotions are boiling over as our group is trying to regain their composure after a brutal attack. They wind up in a church and begin to pray for Mina. Johnathan reveals that this is the chapel where he married Mina years earlier.

The Creative Team
Krysty Wilson-Cairns is effectively moving the series along at a slow pace. In a medium that almost demands action where most writers will open their story with pages of adventure in a whirlwind to try and draw their readers in, Cairns is comfortable with her own style of story-telling. It’s gothic and it’s effective. Like the old soap opera Dark Shadows the mystery unravels and our protagonists move slowly, you can feel their fear as they creep along hoping to avoid conflict as they seek Mina Harker’s location.

Louie De Martinis is to Penny Dreadful as Mike Mignola is to Hellboy. His artistic style is simple but works incredibly well with Cairns story telling. He creates an eerie atmosphere that serves to send a cold chill down the readers back. His use of shadow and color brings the fright level to a new high. It’s not like we’re in a real world but the surreal world of dreams, or more accurately, nightmares. De Martinis enhances the supernatural elements in ways that the Television series can’t. This is why the comic book is such a great companion to the series. Any good comic book adaptation will give that little extra that the movie or TV show couldn’t do.

The Cover
The cover serves to enhance the idea that we’re in a nightmare of epic proportions. Our protagonists are twisted and tortured as they seem to bleed into each other and the colors are spattered all over the page. Vanessa is staring upward as if seeking God for the answer to what’s happened to Mina. The Vampire is facing forward with his fangs bared, daring us to enter the demented world that he has helped to shape. Malcolm is poised for battle and holding his canes like bows, ready to strike. It’s scary how effective this cover is, letting the reader know exactly what they’ll get when they turn the page.

Our protagonists finally find Mina Harker in this issue. Johnathan relates to the group what happened to his wife as we see his world, which started with such promise slowly dismantle into the hell that is Harker’s life. He lovingly remembers marrying Mina and then we see his joy give way to despair as he loses the woman that he loves. Can Mina be returned to the loving wife she once was? Our protagonists look on in despair as they wonder if they’re search had been worth it. A great series. I just learned that the Television show has been cancelled. That is really sad. Can the comic book survive and keep fans happy? We’ll wait and see.