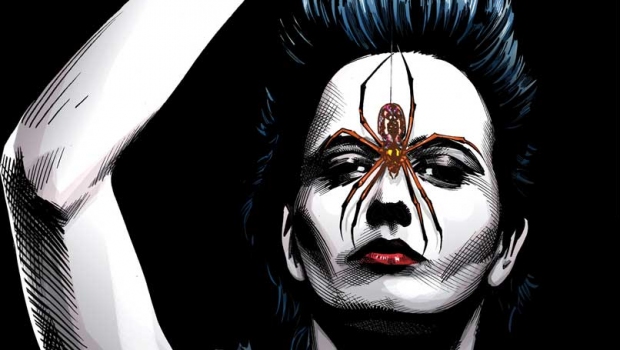 The start of another title based on the popular, yet short lived TV series. Penny Dreadful didn’t leave the air based on poor ratings, on the contrary, it was a very popular show, but it was also expensive to produce. So, what do fans of the show have now? Well, lo and behold, there is going to be another series after all. It was recently announced that a new series will be produced in 2017. So, fans can relax the show will be back! In the meantime, Titan is keeping fans of the show happy with its new comic book series. This issue opens with Ethan mourning the death of Vanessa while the opening narration lets us know that Vanessa’s death was only the beginning. Then we head to Cairo, Egypt where a group of archeologists make a startling discovery, a spell that’s meant to be the destruction of mankind.

Chris King brings his strong imagination and passion for the characters of his television show to vivid life in the pages of Titan Comics Penny Dreadful series. His crew discover the spell in ancient Egyptian Hieroglyphics. A spell that tells us Set, whom they interpret to mean Lucifer, will be returning to earth to bring about the end of mankind. The archeologists perceive this to be a bad omen and immediately leave the dig site. King succeeds in bringing a sense of urgency to this first issue and the set up promises an adventure bigger than in the first series.

Jesus Hervas brings a sophistication to the story telling as again we see pencils only, no inks. His characters look and behave the way we’d expect them to after we view the first 3 seasons. The pencils only concept once again helps us get a kind of gothic, primitive attitude from this title. It’s an effective way to tell the story in this medium. There’s a splash page later in the issue that evokes the creepy crawly feel that can only come from this style of art, inking it would ruin it. A great issue, well done on all fronts.

After the Egyptian expedition, we go a month forward and back to London where Katenay is dabbling with things that he shouldn’t be involved in and has a rather horrific vision. He tells Ethan that he is the chosen one and babbles on about the war that’s coming. Ethan confesses to Dr. Seward that he feels like Vanessa is still following him. Not her ghost mind you, but the actual person of Vanessa. Seward, in an attempt to alleviate his crazy thoughts, gets him to admit out loud that it was he who caused her death. Just after that the story takes an all new twist and…To be continued.