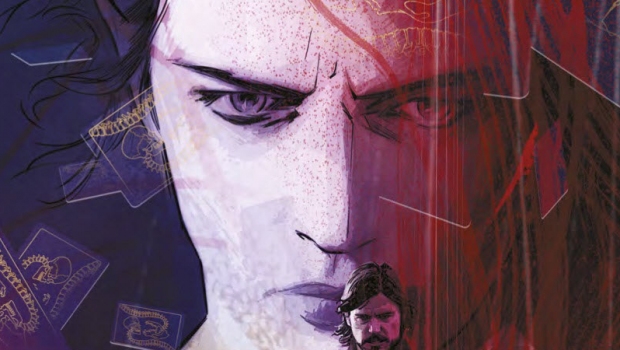 This issue probably the most action-packed opening in the series so far. A great issue. Be aware that this is a review so spoilers ahead!

This issue opens on a violent note as the mummy, Belial, is standing over a corpse with a blood-soaked knife. They’re in a British museum and, as to be expected, chaos ensues as the patrons flee the scene in a panic. Things only get worse as Belial calls forth the dead to feast on the citizens of London. Ethan and Malcolm escape through a window and the action only picks up from there.

Chris King pulls out all the stops in this issue as he heats up the action and gore factor. Ethan must try and control his inner demons and finds solace in a most unusual companion. King shows us a race against time as the Belial leads his army to feast on human flesh and Ethan tries to gain control in time to help his fellow Brits to take on this menace. An action-packed issue from beginning to end and a lot of excitement, one of the best issues in the series to be sure.

Jesus Hervas… what to say!

One of the best splash pages has Belial standing over the grave of a familiar character whom he wants to resurrect, however, he is commanded to wait, for it’s not that character’s time to rise. Hervas panels bring us the right amount of chaos and confusion as he effectively uses varied angles to show us the tension that Belial is causing the city of London. Great stuff!

This issue doesn’t bring us any new twists, but it does begin an adventure for our heroes unlike any we’ve seen before now. Ethan is learning what he’s becoming and is trying to control the raging spirit within. More action in this issue as we try to follow Belial’s plight and Ethan’s curse. By the end of this issue we’re taken back to the era when Belial was alive and we begin to understand his motivation when…To be continued. A great read to be sure. ***1/2 (9.3 rating)