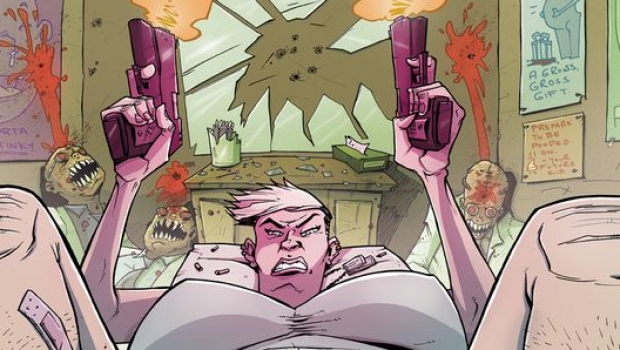 In which we find Tesla, on the run for warmongering people and accidentally uses his time-machine not to escape but to kidnap a talk group of pregnant ladies. Some are nice, some have foul mouths but all come delivering punches and surprises!

The incredible pace of the story is met with a salvo of dialogue in which each characters is expressively set in scene and all this within 22 pages is not a small feat, let me tell you that. I would love to know how the writers came up with the story. A story which is not yet fun at all, but with all the ´what is we kill Adolf Hitler´ questions, the time travelling, the foulmouthed yet extraordinary and resourceful pregnant narrator they make it happen.

What we get is nothing short of a high-octane filled romp mixed with an intensity that makes you scream WTF at every turn of the page.

Now this is pretty gore-y and in-yer-face making it not for everyone and that should come with an 18+ rating, but if you want to try out something daring, intellectual and non-mainstream, please hook up yourself with this one! 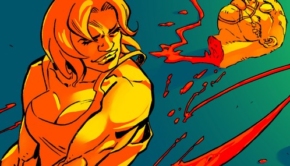 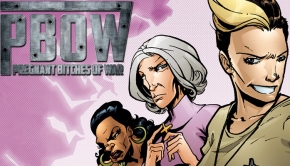 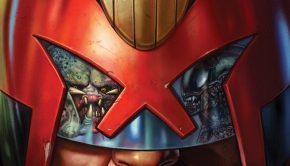